‘RBS owes YOU’: Robin at the Royal Bank of Scotland AGM 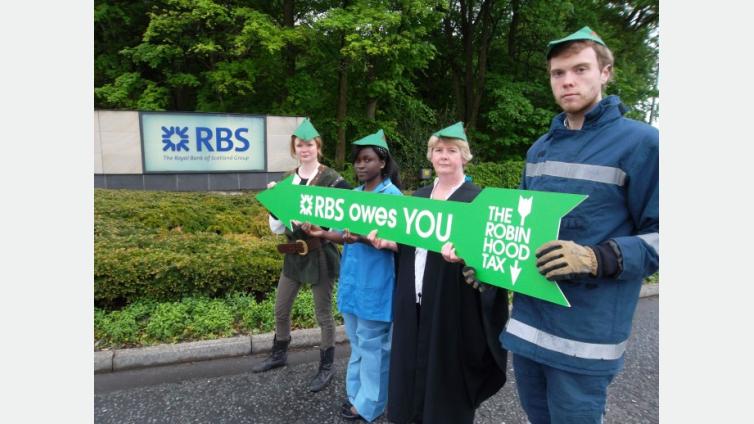 On Wednesday, Robin headed up to Edinburgh for the Royal Bank of Scotland's Annual General Meeting.

Robin’s giant arrow, wielded by public sector workers, reminded all of us: ‘RBS owes YOU’.

Dave Moxham said from the scene:

"It is nothing short of a scandal that RBS handed out £800m in bonuses at a time when the rest of us are paying the price of the economic crisis.

"Instead of filling the pockets of investment bankers, RBS and other banks should be repaying their debt to society. A tiny tax on financial transactions would raise billions to help protect services and poor people at home and abroad."

Previous : Every day, a Robin Hood Tax is getting closer
Next : New poll: banks not paying fair share