“It's an idea whose time has come” 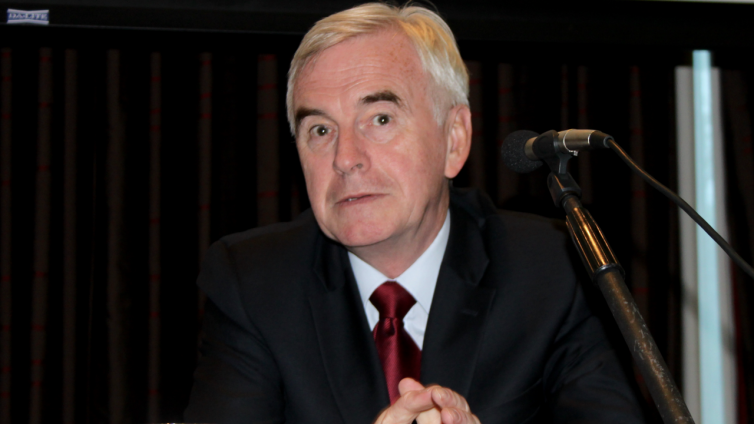 “It's an idea whose time has come”
Robin Hood
Politics
Tweet

Not our words, but those of the Shadow Chancellor John McDonnell, in our first Labour Party Conference fringe meeting (Making Finance Work) since he announced that the party was reviewing its position on the Robin Hood Tax last year. 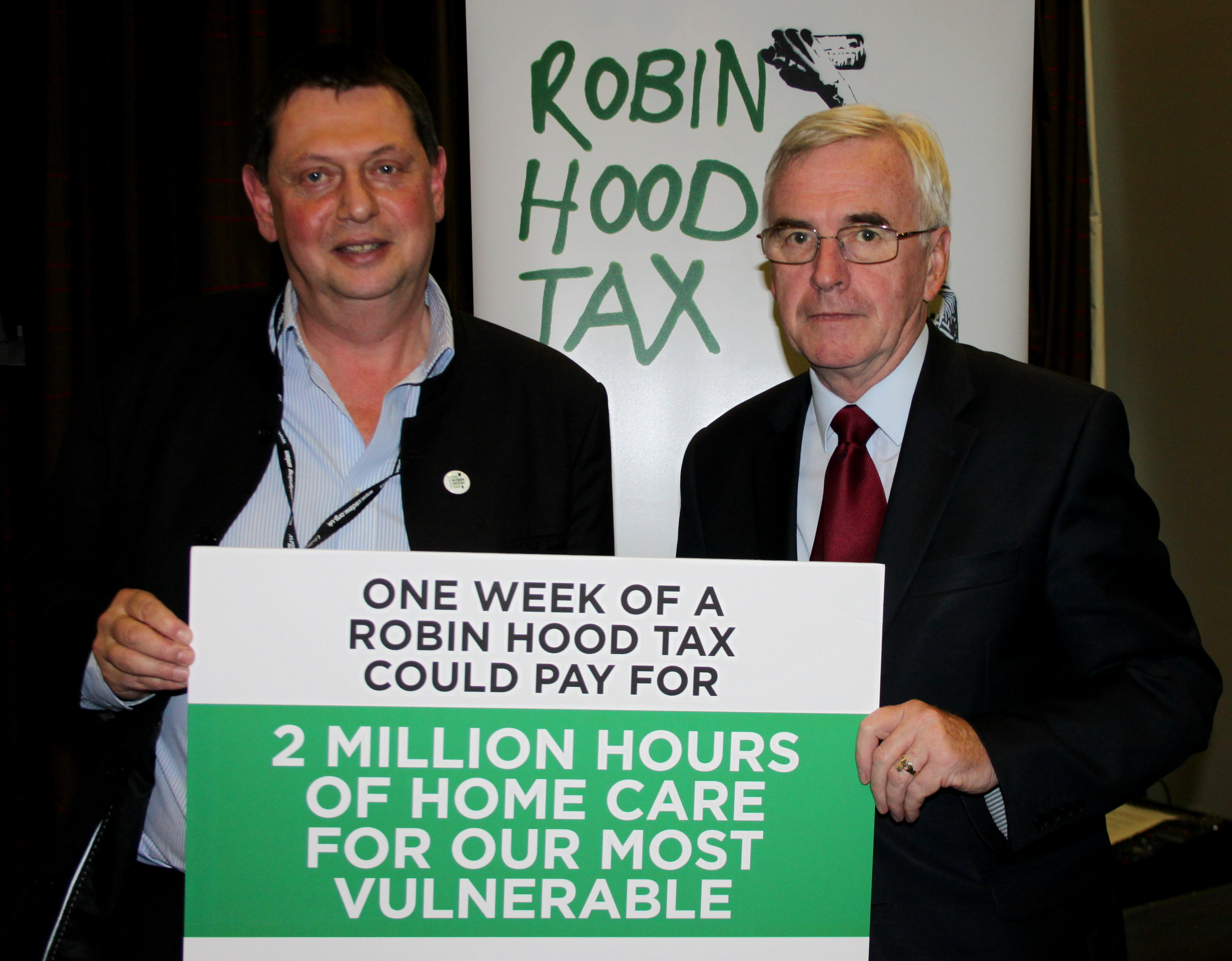 We were delighted to have him back and to hear from him about Labour’s ongoing review of the Treasury and tax system in the UK, especially as the Robin Hood Tax figures strongly in it.

“We’re drawing up proposals for a Financial Transactions Tax over which we can have a proper debate...We want to make sure that every sector of our economy pays a fair contribution towards the public services that we need to provide”.

David welcomed these words from John and urged him to pursue a bigger and better financial transactions tax to be agreed as Labour Party policy in the coming months. (The UK has a small tax on shares that could be easily expanded). He then raised the fact that over 70 local councils had already backed the campaign and encouraged audience members to sign their council up.

And with Labour looking at our idea again - David announced that the US Democratic Party had backed the Robin Hood Tax for the first time! It seems that more and more political parties are coming round to Robin! 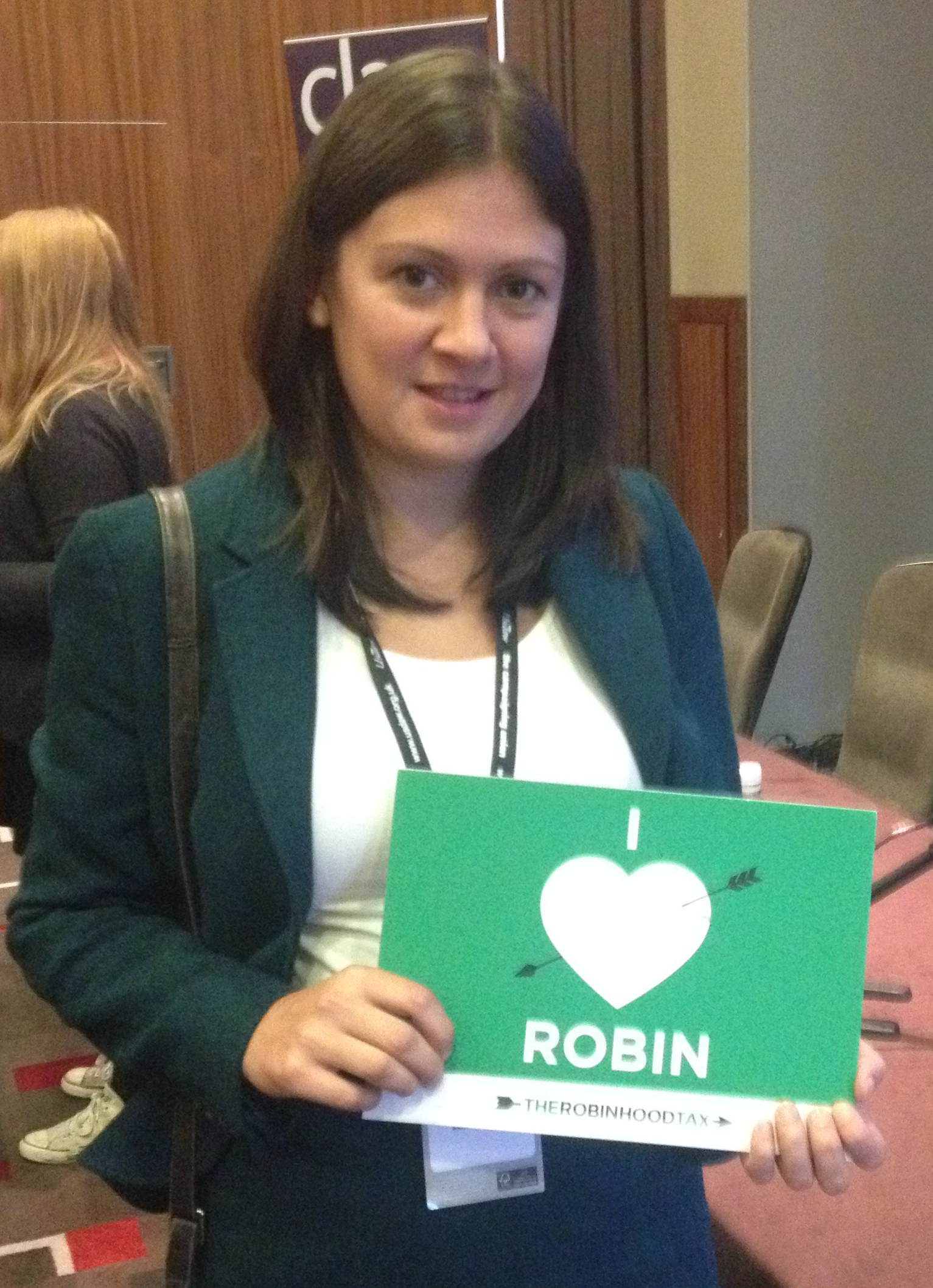 The Guardian’s Polly Toynbee listed many of the positives that a Robin Hood Tax can bring and praised the campaign’s creativity in taking the fight to the banks. Polly went on to explain how, with uncertainty around Brexit, poorer communities needed more assurance than ever that reliable funds would reach them - and how a Robin Hood Tax could help fill gaps.

New Economics Foundation’s Christine Berry continued on this point, discussing what a Brexit vote tells us about the government’s relationship with the City of London, warning that it wasn’t wise to continue to build national prosperity on a small amount of jobs in the financial sector. Christine said that we needed to ensure that we bridge the gap between more prosperous regions and left-behind communities. 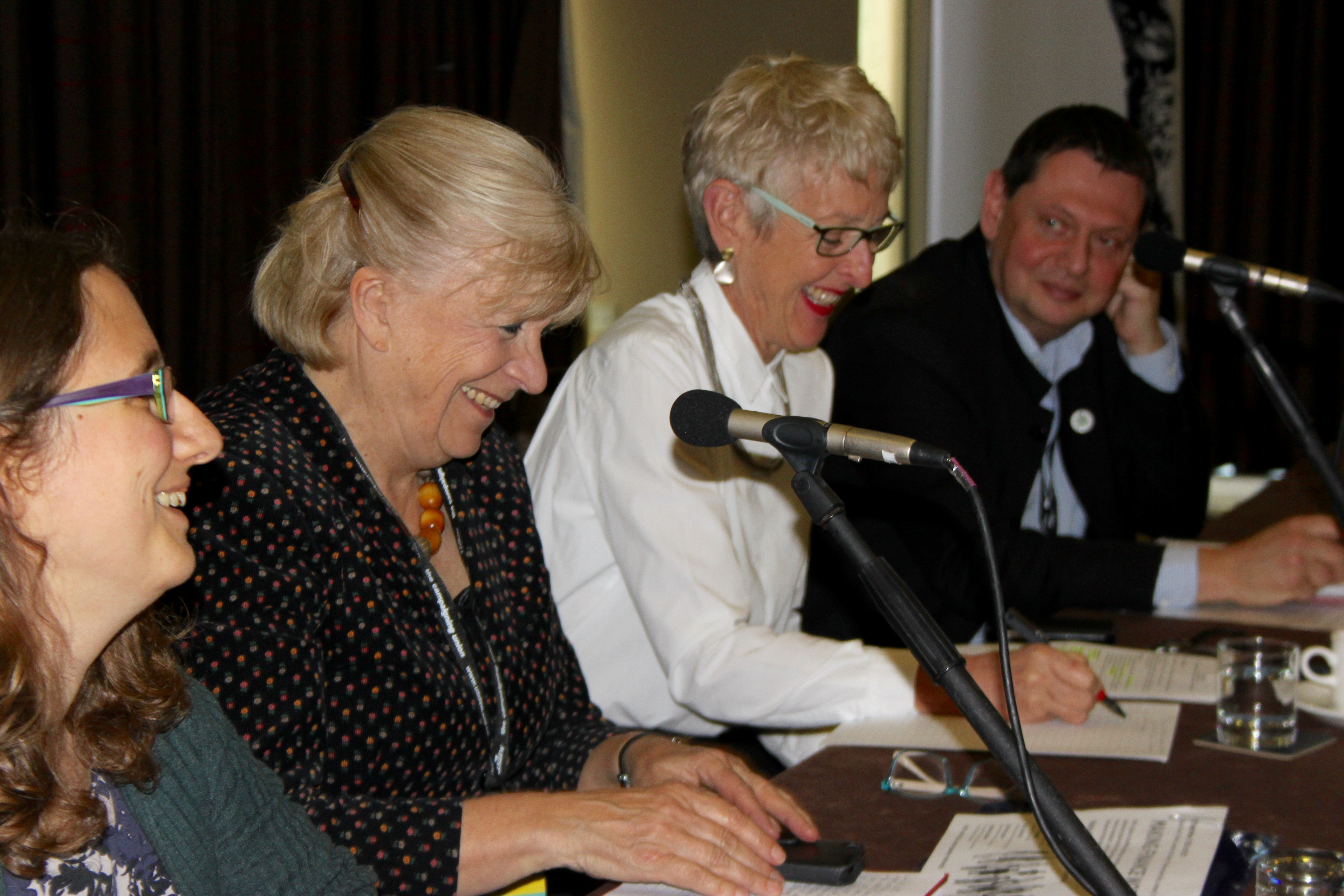 After some great questions from the audience, our chair Gail Cartmail (Unite the Union) summed up the proceedings. We look forward to hearing from the Labour Party on our issue and will keep the pressure up on them (and other parties) to back our commonsense idea.

Previous : Brexit and the Robin Hood Tax
Next : 250+ experts call on European finance ministers to 'seal the deal' on Robin Hood Tax