25 countries. Thousands of People. One Message. 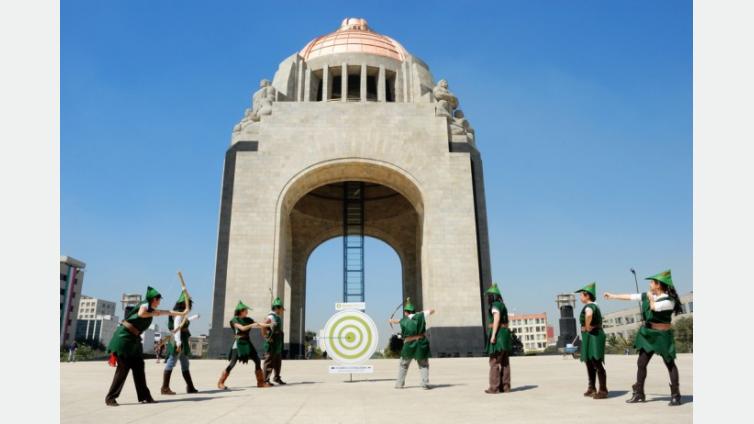 The global campaign for a Robin Hood Tax moved up a notch last week, with campaigners from 25 countries uniting to call for the G20 to deliver a tax on the banks. From Argentina to Australia, Spain to Senegal, and Brussels to Brazil, thousands of people and organizations took part across the globe.

Campaigners have been taking action on the eve of a G20 Finance Ministers meeting in Paris, where the Financial Transaction Tax is expected to be discussed. President Sarkozy of France, Chair of the G20 and G8 this year, is leading the charge for a tax on financial transactions that could raise billions to tackle global challenges of poverty and climate change. With banks returning to profits and ongoing public anger as the effects of the financial crisis continue to be felt, this year sees a golden opportunity to see a tax on banks agreed.

Last week saw action focused on the embassies of France, Germany and the UK in the 25 countries that took part. These governments are key in securing an international deal on an FTT. Many joined the big Robin Hood idea, dressing up in the obligatory green hat and tights to attract some media attention in their countries. Some of the highlights from today include:

To see people from across the globe come together for the FTT/Robin Hood Tax campaign is an inspiring moment, and this is just the start of our work this year. With a new worldwide petition launched and lots more campaign actions planned, governments will be feeling the heat from our hero in green tights!

Check out brilliant photos from the day >>