Bank fines, Sherwood across Britain, and the bill that won't go away 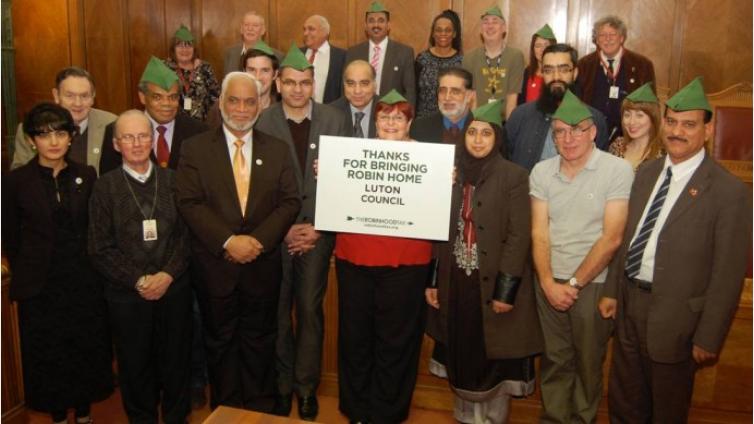 Bank fines, Sherwood across Britain, and the bill that won't go away
Robin Hood
Action
Tweet

This week came the revelation that the financial sector was fined just shy of half a billion pounds last year! And yet despite these measures, every week fresh revelations of dangerous behaviour from an out-of-control sector are brought to light. It’s clear that these fines are not having their desired effect: the same behaviour that caused the recession. Although Labour’s recent commitments to break up the banking giants are a step in the right direction, they don’t go far enough to address the root of the problem. We need to stop banks from behaving so recklessly and make sure they pay for the mess they made: we need a Robin Hood Tax.

Luton and Kirklees are the latest councils to listen to the concerns of their constituents and get behind the campaign to Bring Robin Home this week. Green councillors from Kirklees (in the Yorkshire and the Humber region) argued that ‘there is an alternative to the attack on public services’, whilst Luton Labour’s Amy O’Callaghan had the following to say:

‘The council is under enormous pressure as funds from the government are pulled and services are stripped back. Local government has never seen anything like it before and the pain will continue for years to come. Why wouldn’t we support a tiny tax on banks to fill some of the increasing gaps in public services?”

With over forty councils from all over the country (representing 10 million people in the UK), and over 630,000 actions calling for a European Robin Hood Tax, we’ve been astounded at what you Sherwooders can achieve.

However, something is looming that threatens to challenge all of our progress: the Gagging Law. After the thousands of you emailed and Tweeted the Lords hoping to halt the proposed bill they listened, rejected the bill, adding amendments to exempt some charity costs and passed it back to the Commons for their consideration. Government MPs – instead of listening to the concerns of their constituents - have once again pushed the bill through, ignoring the amendments.

We cannot allow this to-ing and fro-ing to continue. Not only is the current Gagging Law an attack on campaigning organisations and charities, but it also leaves the door open for financial sector lobbyists to take over the debate, whispering in our politicians’ ears. The Gagging Law must be defeated in its current form and we'll need your help to do it Sherwood!

Previous : How the gagging law will silence Sherwood
Next : The banker is back...to the future