Brexit and the Robin Hood Tax 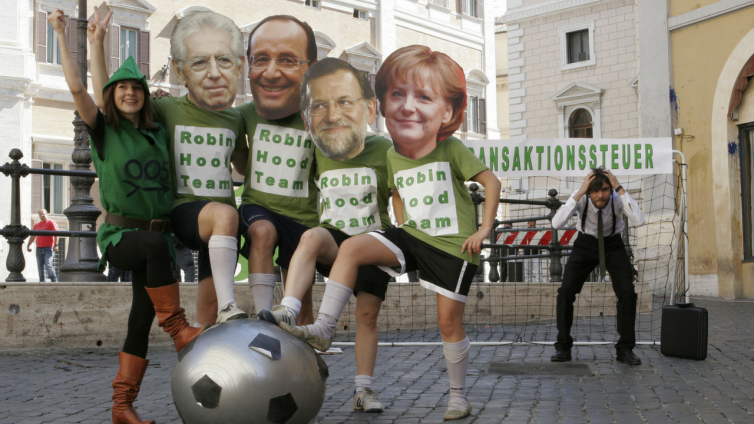 A few weeks ago, the UK voted to leave the European Union. An outcome greeted with joy and dismay in almost equal part up and down the land. Some of you have been in touch with concerns about what this means for our campaign. So we decided to write this blog to set out our thinking and clear up any misunderstandings. I'm happy to say that not only is it business as usual in Sherwood, there is at least one important advantage to this new state of affairs.

Progress with the Robin Hood Tax in Europe is not affected by the Brexit decision
We are pleased to say that 10 countries, including Germany, France and Italy, are now finalising a deal to introduce Robin Hood Taxes (RHTs) in their countries. The UK had no power to stop these countries taxing their banks before Brexit and we certainly don’t now we’ve voted out. That said, despite the UK having no right to interfere, 2 years ago the then Chancellor George Osborne issued a legal challenge designed to block their progress. The challenge was subsequently thrown out by the European Court of Justice but this did not stop him threatening to issue another one timed for around now.  But because we are now on the road to not being an EU Member State, that course of action is no longer available to the UK. What this means is that the Brexit decision has limited the UK’s ability to disrupt the moves of other countries to introduce Robin Hood Taxes, which is good news!

At this exciting time, with the RHT deal so close, we are continuing to work closely with our European partners. And we’re going to need your help on a final push to get the best possible Robin Hood Tax deal in Europe this year. So watch this space!

But what about here in the UK – does Brexit make it harder to get a Robin Hood Tax?
As you may know we already have a Robin Hood Tax in this country on the purchase of shares. It is called the Stamp Duty, it is mainly paid by finance companies who make thousands of trades a day, and it raises £3 billion a year. It would be a simple step to extend what we have now to other financial products. This would bring in at least another £5 billion a year, possibly as much as £20 billion. It is disappointing that the Government doesn’t just get on with taxing the banks more since the sector can clearly afford it given the astronomical salaries they pay their top executives. The additional money raised could make a massive difference providing our NHS, schools and frontline services with the sustainable funding they need. Getting a bigger, better Robin Hood Tax in this country is technically feasible and highly desirable and this was true before the Brexit decision and it is just as true after it.

But there is another factor: uncertainty. We don’t actually know what Brexit means. We don’t know how it will affect trade with European countries or change movement of people for work or going on holiday. This uncertainty is real and it will go on for years until the new arrangement with our continental cousins is finally sorted out. But the world won’t stop as a result of it. What we cannot have is politicians using uncertainty as a reason for inaction.

In contrast, what is certain is that there are communities across our country, especially those hit hard by cuts, who have been starved of cash. What is also certain is how many of them are suffering the loss of local services with council budgets being slashed. What is equally certain is that the Robin Hood Tax can reliably generate billions in extra revenue offering a practical way to redistribute from the most well-off to the most in need. There is no excuse for delay.

So to wrap up, Brexit does not change things as far as progress with the Robin Hood Tax in Europe is concerned, except for the important advantage that the UK can longer indulge in legal challenges to slow things down. And in the UK, Brexit does not change the fundamental case that the Robin Hood Tax is a good idea and its revenues are needed more than ever. Whilst the banks may claim the uncertainty around Brexit as a reason not to be taxed more, we need to say clearly to politicians: do not be fooled by a financial sector who will always find objections to being taxed more. The truth is that the Robin Hood Tax is necessary, timely and popular – this was so before Brexit and is equally so now! More than that, progress with the RHT in Europe, should inspire us to redouble our efforts to get a bigger and better Robin Hood Tax in the UK without delay and we will be calling on your support in the coming weeks to do just that.

Previous : Democrats add a Robin Hood Tax to their platform
Next : “It's an idea whose time has come”