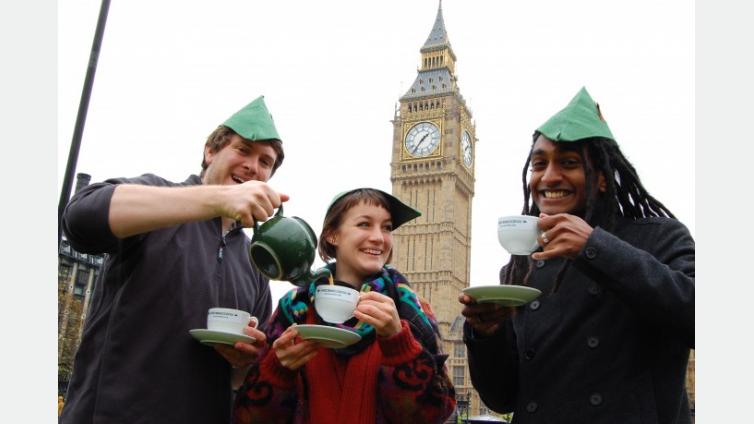 In his first meeting with new French President, Francois Hollande, Cameron made it clear the UK would veto any European moves towards a financial transaction tax (or Robin Hood Tax).

This position is in stark contrast to opinion, as new polling from the Robin Hood Tax campaign shows most Britons think the financial sector is not paying its fair share.

The survey of more than 1,000 people across England, Scotland and Wales, carried out by Ipsos MORI for the Robin Hood Tax campaign, found that more than three-quarters (77%) of the British public think the Government has not done enough to ensure we are “all in this together”.

71% of those adults who believed the government had not done enough thought banks are “not being asked to pay their fair share”.

By comparison 67% felt that high income earners were not paying their fair share.

People are tired of seeing their schools and hospitals cut while a sector that relied on taxpayers money to survive gives lottery-sized bonuses to bankers whatever their performance.

More than two-thirds (68%) of adults thought financial donations to the Conservative party affected their decisions on regulation and taxation of the City of London.

The Robin Hood Tax campaign is calling on the Government to back international moves in Europe and beyond for a financial transaction tax (FTT).

Extending the UK’s current tax on share transactions to bonds, currencies and derivatives could raise an additional £20bn to tackle poverty at home and abroad and fight climate change.

This blog originally appeared on Liberal Conspiracy. Read the blog>>

Previous : Time for a Financial Transaction Tax
Next : Why the Robin Hood Tax matters for UK poverty