Can Robin help us weather this storm? 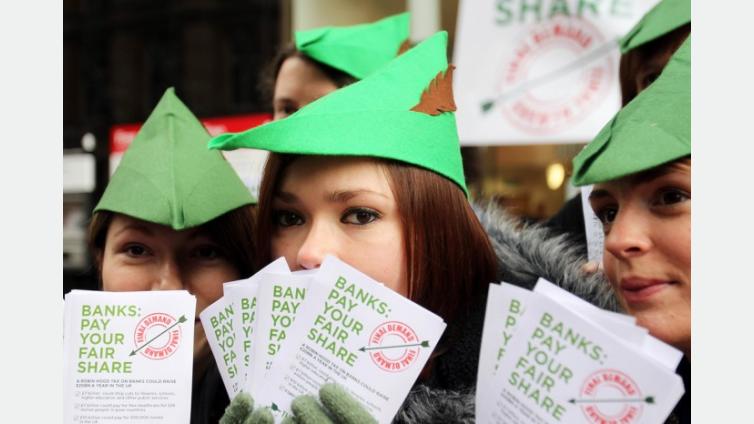 Sometimes things get tough for us all. Friends or family lose their jobs, someone close to you dies, wages won't quite stretch to the end of the month. But right now we're all trying to sail through a storm of cuts and "reforms" to the services we rely on, frozen or falling incomes and rising prices. And, for those of us who already found it hard to make ends meet, the problem is looking desperate.

Just how difficult life is getting for many of us is shown in Oxfam's new paper, The Perfect Storm. Most of us are being battered from all directions, while a select few escape those same pressures. For example, incomes as a whole are falling faster than any time since the 1970s. But, while earnings of waiters and cleaners are going down (by 11% and 3% respectively last year), the directors of the FTSE 100 companies got 50% richer last year. Strange, isn't it?

Here's another: bizarrely, work is no longer a good route out of poverty. Six in every ten working-age adults in poverty live in working households. Since the recession started, 830,000 full-time jobs have been lost, with half a million new part time jobs failing to fill the gap. And the UK has more zero-hours contracts than anywhere in Europe, people with an employment contract but with no guaranteed income ever, having to fight for the hours of work you need, and no entitlement to support if you just couldn’t find enough hours to work to make ends meet. And we can't even cover ourselves: we have weaker employment rights than Mexico.

And yet the current plan basically drills through our boat; it dictates that £4 of government investment is cut for every £1 raised in taxes. And most of the taxation income comes from VAT, which hits the poorest twice as hard as the richest.

So Robin, can you help us weather this storm? The tax gap in the UK at the moment is £35 billion – this could pay for every nursery, primary, secondary and special school in England. And the Robin Hood Tax on financial transactions would raise as much as the 2011 VAT increase, but from those who did so much to cause this crisis, not from those of us doing our best to fix it.

By clamping down on tax avoidance and introducing a Robin Hood Tax, the government could prevent further cuts in benefits, protecting our safety net; it could reduce cuts to public services; and it could invest in affordable housing and universal childcare.

Gandhi said that a nation’s greatness is measured by how it treats its weakest members. We would hope that the UK government is up to making that choice.

Helen Longworth is Head of Policy and Communications for Oxfam's UK Poverty Programme.

Previous : Running for Robin
Next : Robin at the Bankers' Banquet