Can we tax the banks and promote growth? 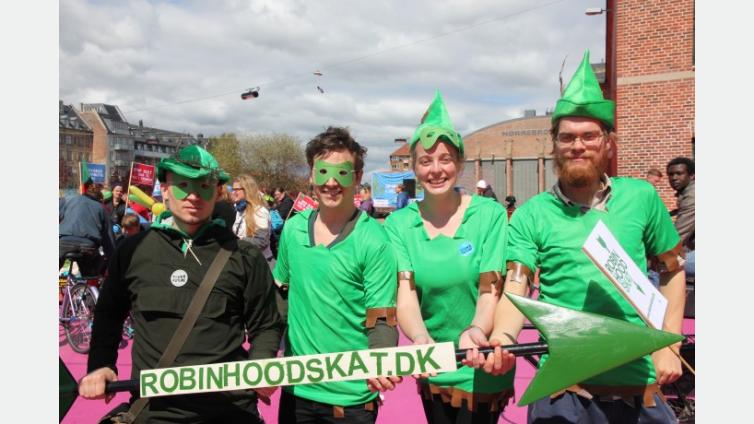 The day after tomorrow, European leaders are due to sit down together at a hastily arranged informal summit, called by the EU president Herman Van Rompuy to discuss the question of the times: How do we create growth?

One of only three items on the agenda is the Financial Transactions Tax. Better known now as the Robin Hood Tax this is the proposal for a small tax on a wide range of financial transactions – mostly taking place between financial institutions. Estimated to be worth billions in extra revenue, the tax has the support of more than 1,000 economists, Bill Gates and the Archbishop of Canterbury. A good idea? Well, a call for a global tax was in our last manifesto.

The social arguments for the tax are strong: extra revenue from the banks which caused the crisis could be used to ease the pain of those who did the least to cause it – in the UK, people on low incomes – as well as ensuring we can continue financing development and the fight against climate change internationally. But the argument against (coming often from the financial sector, the Conservative party, but more disappointingly now repeated by former supporters among Lib Dem ministers) has been that it will hurt growth, forcing financial institutions overseas just when we need them to help us out of the recession.

One reason for disappointment about lack of UK Government support for the Robin Hood Tax is that it would be so popular with voters in the UK whose opinion of banks has scarcely improved since the financial crash. An April 2012 IpsosMORI poll shows that more than three quarters of the UK public do not think the Government has done enough to ensure we are “all in this together” with a large majority saying that banks and the richest have not been asked to make a fair contribution.

Another is that the UK already has a unilateral tax on share transactions that raises £3 billion every year. So the argument that “it has to be global to work” seems a little odd coming from the UK.

It is true that popular policies are unlikely to retain the public’s support if they damage the economy.

But the truth is that an FTT is not only the popular, morally right thing to do. It makes economic sense too. Figures from the European Commission’s latest impact assessment picked up by Larry Elliot in the Guardian show two things.

Firstly that simply implementing the tax will have an almost negligible effect on growth – perhaps reducing it by just 0.2% by 2050, that’s just 0.004% per year. And secondly, that growth could actually be enhanced by up to 0.4% were some of the revenues from the tax invested in high growth sectors of the economy.

Furthermore, as Larry Elliot also points out “the likely reduction in high-frequency trading would lead to greater financial stability and thus a more favourable climate for sustained growth.”

We should not get too excited about these numbers – they are small on both sides. An FTT is clearly not the sole answer for growth – but crucially it is not harmful to growth either. And whilst we wait for EU leaders, including the UK, to figure out what the answer is – an FTT could ensure that the poorest home and abroad are not paying the price for the failure of the banks.

Previous : EU leaders: put your Robin Hood hats on
Next : Global Week of Action: Next Steps for the Robin Hood Tax