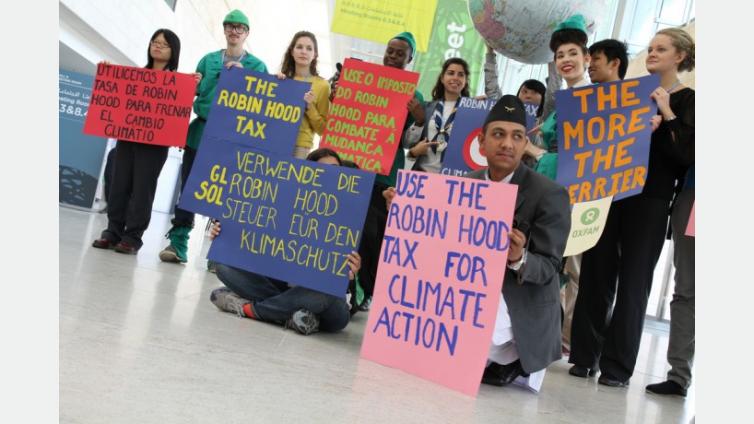 From our friends at the Global Ideas blog

At the beginning of the second week of climate negotiations in Doha, activists from around the world showed their state delegates how to make the conference a success. Redirecting the flow of money was at the top of the agenda in two actions - one being the Robin Hood Tax.

Wind farms, solar panels and biogas plants are a great idea to tackle climate change – but they do not come for free. Especially developing countries struggle to raise the money for green energies. On the other hand, those who live in industrialized countries and are thus most responsible for today’s climate change, have much more money. So why not take it from the rich and give it to the poor?

In the short video below, Tim “Robin” Gore from Oxfam explains the idea of a Robin Hood tax.

Previous : Bill Nighy Visits Malawi to See the Difference A Robin Hood Tax Could Make
Next : Campaigning for and against a Robin Hood Tax