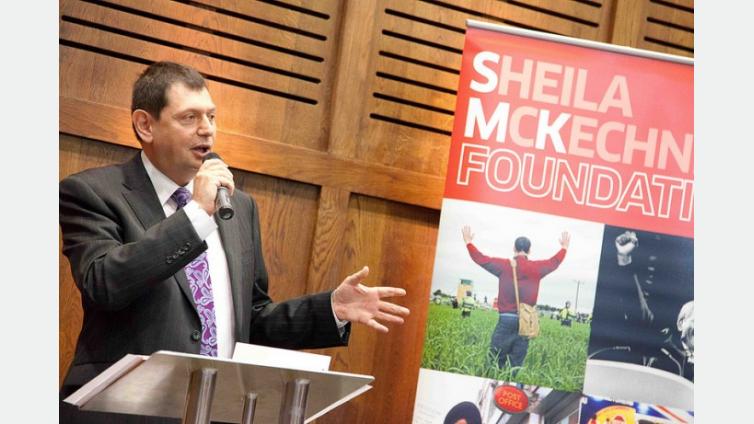 I was honoured recently to receive the Sheila McKechnie award for the campaigning work I've done with the Robin Hood Tax. Ironically, at exactly the same moment, dozens of financial journalists were frantically typing articles about how the tax was dead in Europe following a European announcement it could be illegal.

It may have referenced one particular aspect of the legislation, and been a non-binding opinion, but it didn't stop the torrent of pejoratives flowing through the financial press. The Financial Transaction Tax (as it is more prosaically known) was now, we were told: in "chaos"; it was "flawed"; and it was "defunct".

When I received the award I thanked all the Robin Hood Tax supporters who'd made winning possible, but an ill-advised computer whizz from Goldman Sachs was singled out for special thanks. They'd tried to rig our poll when we first launched by creating a programme to flood our online voting system on whether the tax was a good idea. It was a spectacular own goal and guaranteed us front page coverage the following day. But it is clear in the years since that the financial sector's counter-offensive has become much more sophisticated.

A non-binding legal opinion, a report from Goldman Sachs (who'd have thought that a bank would conclude a multi-billion pound tax on the banks is a bad idea), or a negative utterance from the Chancellor never fails to elicit yet another sounding of the death-knell. It gives the impression the FTT is facing "death by a thousand cuts" as Open Europe think-tank recently proclaimed.

That narrative may suit vested interests (Open Europe is funded by Michael Spencer, CEO of ICAP, the largest inter-dealer brokerage firm in the world, recently fined millions for manipulating Libor rates) but it doesn't bear much relation to reality.

Following the legal opinion hysteria, Germany immediately reaffirmed its commitment, saying such details would be ironed out, the European Commission's Tax Chief, Algirdas Semeta said: "I see these news reports as an attempt to create a sensation. They do not reflect what is currently going on in the [EU] Council".

As Avinash Persaud, formerly of JP Morgan, now adviser to governments on financial matters, has pointed out, the endless stream of 'reports' from the financial sector and their friends is a deliberate attempt to obfuscate the debate and deflate enthusiasm.

Through these muddied waters we must not lose sight of the bigger goal - an FTT would help end the extraordinary injustice that the public were left to foot the bill for the banks' mistakes.

Eleven European countries, representing two thirds of European GDP and including four of the five biggest economies, are already committed to the FTT - it represents a formidable coalition of the willing.

The UK Government is unfortunately stuck going in the other direction and has launched a legal challenge against these sovereign member states' desire to ensure their financial sectors pay for the costs of the crisis. The Government's misplaced priorities were underlined recently when they launched another legal challenge, this time against the EU cap on banker bonuses, which would aim to limit payouts to the not ungenerous sum of 200% of base salary.

However, my belief is that when the FTT is implemented in 2014 others will join in. Arguments from the Labour party and others that the US needs to be on board for it to work will look increasingly thin with such a powerful precedent on our doorstep.

It mirrors a strategy we used in the campaign against land mines in the nineties. A UN Convention was seen as the obvious mechanism to garner international agreement, yet the consensus it needed was impossible. Instead of letting the perfect be the enemy of the good we fought hard to create champion countries which paved the way for others to follow suit.

It would be foolish to under-estimate the influence of the banking lobby, with over half of Conservative party donations coming from the financial sector there is a powerful incentive to stick up for their vested interests. But nor must we take what we hear from the bank lobby at face value. From the increasingly shrill tone of their protestations in the press, this might just be one battle we are on course to win.

See Dave receive the award for the Robin Hood Tax?