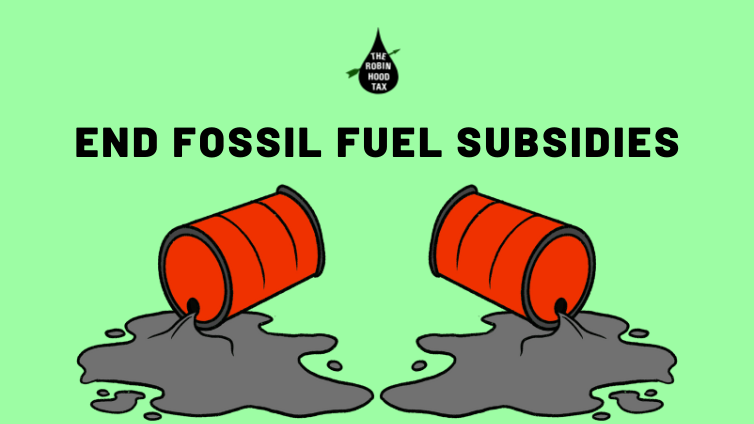 Climate disasters are increasing, with 1 in 5 people affected in the last decade by loss and damage from storms, floods and drought.

This hurricane of climate damage tearing across our world is powered by fossil fuels.

We can do this is through the Robin Hood Tax on polluters - a tax on the extraction of fossil fuels, raising money to fund people in crisis.

Another way is to end subsidies.

The UK has the highest fossil fuel subsidies in Europe. Surveys show that the British public is against this and want the subsidy to shift to renewable energy.

Our new research with ActionAid International takes the G7 - the world's leading 7 industrial nations - in its sights.

We highlight that if the G7 ended their huge planet-wrecking fossil fuel subsidies, something they already pledged to do, they could create $101bn to fund communities hit by climate disasters.

Our research shows how this money, if diverted, could contribute substantially to a Climate Damages Fund for people affected by the loss and damage of climate change.

This will help phase out fossil fuel use, and support communities in crisis.