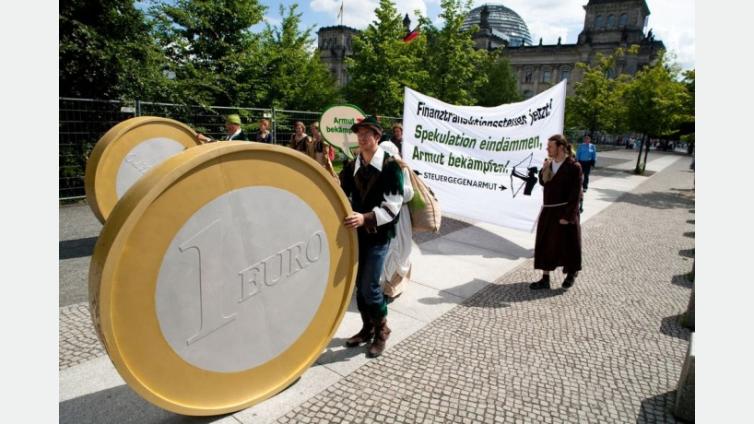 The European Commission proposed an EU-wide Financial Transaction Tax (FTT) today to fund its next long-term budget (2014-2020) partly through own resources.

While the Commission’s support for an FTT is welcome, it is important that the revenues from the tax be used to tackle poverty and climate change to ensure that it lives up to the name ‘Robin Hood Tax’. Countries should also aim to introduce an FTT as soon as possible rather than waiting until 2018 for it to be implemented, as the European Commission has suggested.

Max Lawson, Robin Hood Tax spokesperson, said: “Today marks a real turning point. It’s great news that the Commission has joined the millions of ordinary Europeans who want the financial sector to contribute more to society. But this tax will only win popular support if the revenue is used to tackle poverty and climate change - not if it disappears into the general EU budget.

“The UK is the odd one out in Europe by promoting a soft touch approach to the banks and is massively out of step with not only France and Germany, but also with public and expert opinion. A Robin Hood Tax to repair the damage caused by the economic crisis at home and abroad would be hugely popular with supporters of all political persuasion.”

The announcement comes as a new Eurobarometer poll of more than 27,000 people shows Europeans are strongly in favour of an FTT (61%). Of those, more than 80% agree that if global agreement can’t be reached, an FTT should initially be implemented in just the EU. In the UK, 65% were in favour of an FTT.