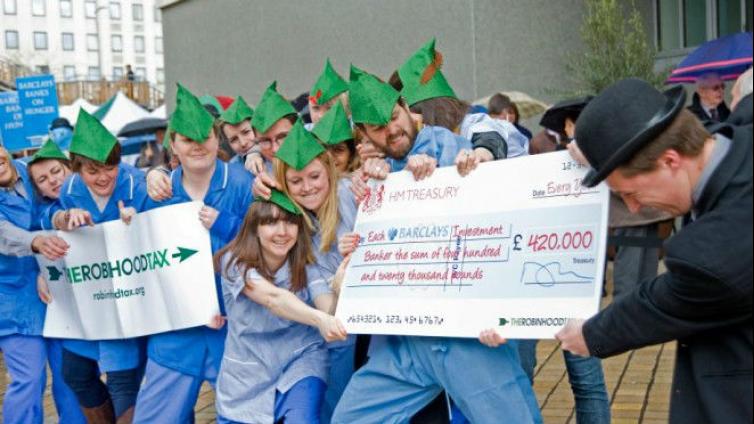 They’re not waiting around!

Just less than a month since the European Union gave the green light to eleven countries to implement a Financial Transaction Tax (FTT), yesterday the European Commission published details of the tax which is set to be implemented.

The smart design and scope of the tax means it will be extremely difficult for financial institutions to avoid paying up.  It won’t matter where in the world the trade takes place, all appropriate trades will be subject to the tax.

The FTT will raise a massive 30-35 billion euros a year, ensuring that the financial sector that caused the economic crisis pays its fair share and helps those who have been hit hardest. The top European tax chief also explains that the FTT will ‘temper irresponsible trading’ and encourage the financial sector to engage in more responsible activities.

The determination of European leaders to make the financial sector contribute to the cost of economic recovery puts our government to shame.

"The UK is behind the curve - at a time of austerity ministers are choosing to give up billions that could help protect public services and put the UK economy on the road to recovery."

So what happens next?

The participating countries will meet every month to discuss the European Commission’s proposal with a view to reach an agreement this summer. All 27 EU countries can join the discussions but only those implementing the tax will have a vote. This is important as it means that opposing countries, such as the UK, cannot block the tax from being introduced.

And we will make sure that these countries commit to spending the money in the right way – such as saving public services, creating new jobs and helping to tackle poverty and climate change overseas. Only then will a Robin Hood Tax truly be won.

Previous : A huge day for the robin hood tax campagin
Next : Robin goes to Washington