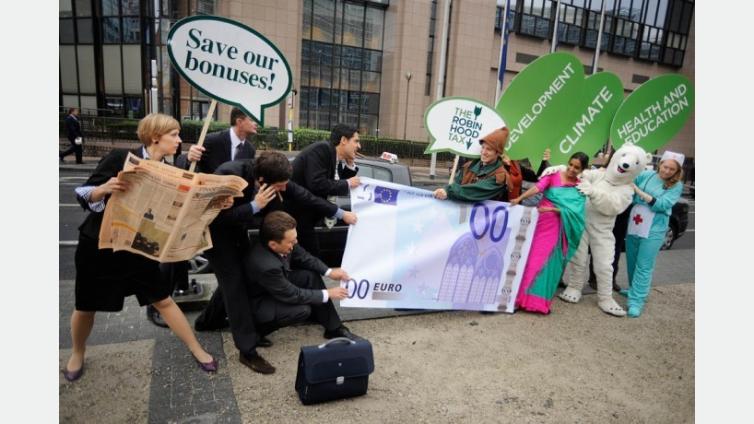 In an overwhelming endorsement of the Financial Transaction Tax (FTT), members of the European Parliament voted emphatically in favour of the FTT - 533 for, 91 against with 32 abstaining. This is a massive majority and sends a clear message that the banks must pay for the damage they have caused.

At least 11 countries - including the 4 biggest Eurozone economies Germany, France, Italy and Spain – are pushing ahead to implement a broad-based FTT.  The tax will generate at least €37bn per year for the countries involved whilst reining in the worst excesses of the financial sector.

At a time when the country is faced with welfare cuts and increased austerity, it is incomprehensible that George Osborne continues to put City profits before the public good and turns down the opportunity to raise billions in much-needed revenue.

Not only does the UK Government oppose the tax, it has been making efforts to get other countries to join them in blocking the FTT moving ahead. And so last week Robin popped to the Treasury and delivered a letter to George Osborne appealing to the government not to block the 11 countries from taxing their financial sectors in whatever way they see fit.  Chief Executives, Directors and General Secretaries of 56 UK civil society organisations signed the letter including: Oxfam, Greenpeace, Friends of the Earth, the TUC, War on Want and Stamp Out Poverty.

This win in the European Parliament takes us one step closer to the FTT becoming a reality.  All that needs to happen now before the tax is underway is for the European Council of Ministers to give its approval, and this could happen as early as January 2013. What a brilliant way to end the year!

Previous : Campaigning for and against a Robin Hood Tax
Next : 2012: We couldn't have done it without you