Everything to play for in Italy 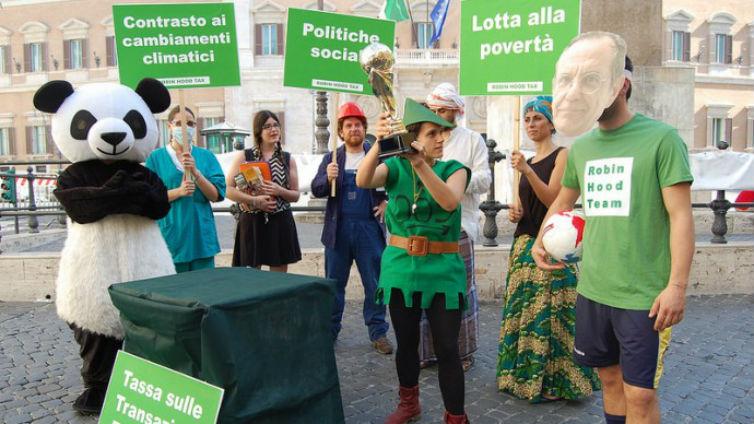 Everything to play for in Italy
Robin Hood
Action
Tweet

Last week, the Italian Prime Minister Matteo Renzi began his six months as President of the European Council, where he set the agenda for Europe-wide reforms until the end of the year.

Despite stating in his inaugural speech at the European Parliament that Europe belongs to “citizens not bankers”, we have yet to hear from Mr Renzi on one of the main initiatives making real progress towards ensuring that banks work for the people: a Robin Hood Tax.

On the morning of his speech, almost 1000 people from across Europe took part in an hour-long Twitter Storm targeting Mr Renzi, calling for him to listen to the millions of European citizens urging him to back an ambitious Robin Hood Tax.

These demands to keep the tax high on the Italian presidency’s agenda were reinforced yesterday when a letter signed by the European Robin Hood Tax Campaign was sent to PM Renzi and the Finance Minister Pier Carlo Padoan.

Over a thousand organisations (representing tens of millions of members) joined the call for a strong tax, looking to raise the most money possible to protect services and fight poverty and climate change.

A Champion in Rome?

Meanwhile, outside of Padoan’s office, members of the Italian Robin Hood Tax Campaign held a World Cup-themed stunt. With 11 pioneering countries – including Italy – signed up to the tax, it’s up to these 11 players (captained by Padoan) to win the game and secure the strongest tax possible.

As Padoan meets Europe’s finance ministers to get to work on the Italian economic agenda, he will be up against some stiff competition from the banks, trying to scupper the Robin Hood Tax.

But will he play to protect public services and for a better environment? Or cave to the pressure of the opposition?

This next six months will be crucial. Join the massed ranks of supporters and help us get the result we deserve.

Previous : Robin Hood could send 29 million children to school
Next : The Robin Hood Tax: the solution to fund the end of Aids