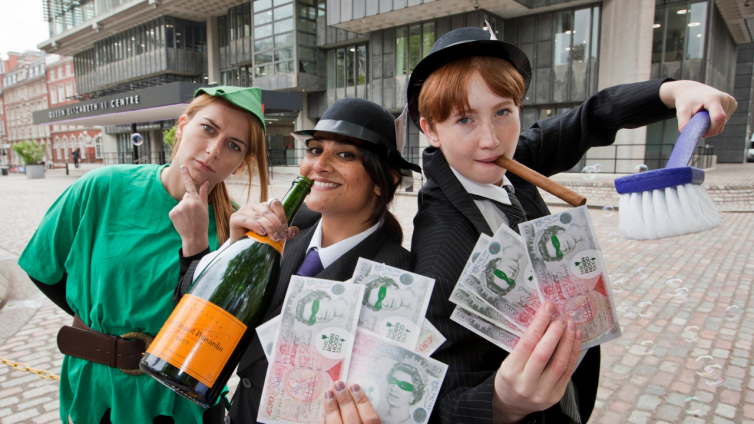 Another string to our bow...

While our heart will always live in Sherwood, we at Stamp Out Poverty - the organisation that runs the Robin Hood Tax campaign - also work on exciting, new ideas that will raise the money to end extreme poverty and fight climate change. Ideas that that make sure that those responsible for causing and worsening these problems contribute towards cleaning up their mess.

From the UN’s report telling us we have 12 (now 11) years to drastically reduce our emissions, to the school strikes and Extinction Rebellion, we know that climate change is an urgent issue - and a lot more money is needed to fund our response to it, as well as other urgent issues. We also know that those who did the least to cause mass inequality and climate breakdown often feel their effects the hardest.

That’s why it’s vital that we keep our promises to fund the Sustainable Development Goals (SDGs) - 17 goals agreed by all 193 countries of the UN to end poverty and tackle inequality, conflict and climate change.

But richer countries are failing to cough up the money they’ve committed to. In fact, over the last two years, aid to the world’s poorest countries has actually been cut. This is the opposite direction we need to be going in. Instead, these richer governments are increasingly turning towards the private sector to fill the funding gap. But our recent research has found that this won’t raise nearly enough money to meet our commitments to the SDGs.

So while the protests took place all over the UK, we at Stamp Out Poverty (SOP) - the organisation that coordinates the Robin Hood Tax campaign - were in New York, launching our new report to expose the lie that banks and private investors hold the key to financing the fight against inequality and climate change.

Politicians in rich countries, and organisations like the World Bank, have been pushing the idea that trillions of dollars of private investment could soon flood into developing countries, to build hospitals, schools, power plants and roads and achieve the SDGs. This ‘Billions to Trillions’ approach claims that all developing country governments need to do is sign contracts guaranteeing huge profits to the banks and private investors, and the money will start rolling in.

Local communities and campaigning groups all around the world - as well as developing country governments - have been exposing these dodgy deals for what they are: a repackaged version of the failed ‘PFI’ contracts that failed so spectacularly in the UK and all across Europe. The examples are piling up of these rip-off contracts leaving developing country governments paying through the nose for shoddy hospitals and schools.

It’s tough to get politicians to give up on ‘Billions to Trillions’. Saying that private investors will fill the SDGs funding gap lets them off the hook. So we did a bit of digging - and found out that if developing countries stick to promising realistic profits, banks and private investors will only ever stump up ONE TENTH of the cash needed to fill the SDG funding gap

We refuse to let politicians fob us off with the lie that private investors will solve everything, when real solutions are needed. Those solutions are clear, and urgent: debt relief, action on tax avoidance, increased aid, and new global solidarity taxes on those most able to pay, like the Robin Hood Tax and the Climate Damages Tax.