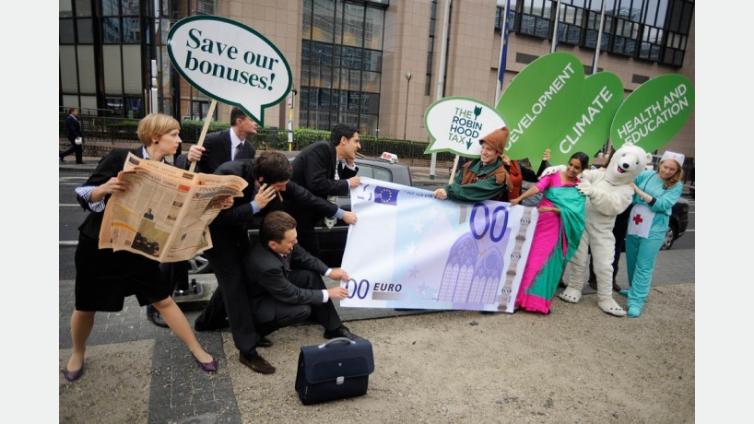 The good news just keeps rolling in to Sherwood. The 11 European countries pushing for a financial transaction tax aren't hanging about!

The 11 countries have lodged their official request with the European Commission asking for a financial transaction tax  via the 'enhanced cooperation' procedure. The European Commission have this week given the green light confirming that all legal conditions have been met and that the countries can now proceed. They also indicated that part of the revenue should be spent on “growth-promoting activity or to meet development aid commitments”.

In the mean time, some countries aren’t waiting around. France has already started their own financial transaction tax with Portugal hot on their heels.

This exciting (and speedy) progress in Europe shows us that it is possible to ensure that banks pay their fair share. Yet still the UK refuses to back the tax – turning down billions in vitally needed new revenue especially during the times of austerity.

Keep up the pressure and ask the UK Government join the newest and merriest band in town.

Previous : Breakthrough: 11 European Countries unite behind a Robin Hood Tax
Next : Why a financial transaction tax is good for your pension