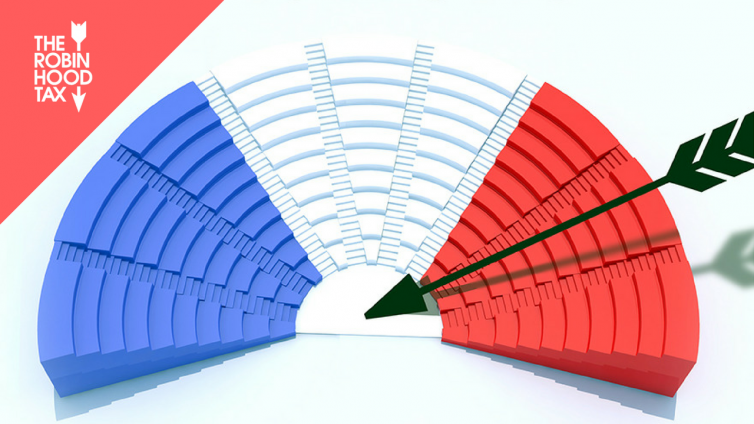 Despite their success in the negotiations for the European Robin Hood Tax reaching a major milestone less than a month ago, France has wasted no time in strengthening their own financial transactions tax (FTT) in the meantime.

Introduced in 2013, their national FTT currently raises about €1bn every year. But last week, they really raised their game.

After a big push from charities and trade unions, MPs in the National Assembly (the French equivalent of our House of Commons) voted to improve their tax in the following ways:

In fact, this improvement to the tax could more than double its contribution to the aid budget (from €500m to €1.125bn).

This is an important victory for the campaign: especially the allocation of more FTT money to fight poverty. Where France is leading, other countries can follow. This is particularly important as ten countries (including France) move ever closer to finalise an ambitious regional Robin Hood Tax.

Spread the news to show what leadership looks like.