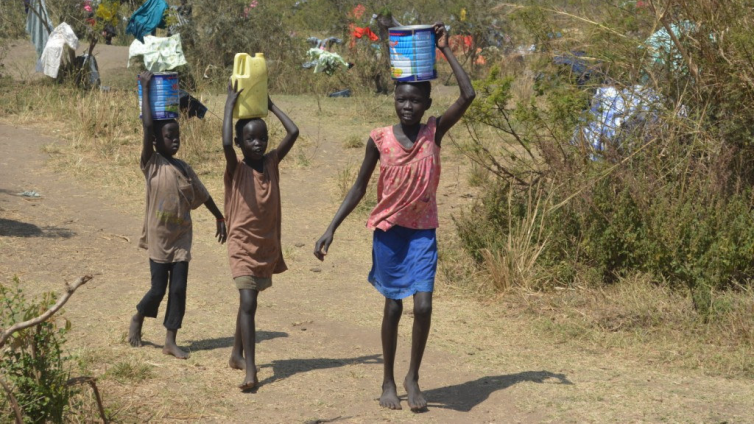 Malala Yousafzai and Pope Francis joined 193 world leaders meeting in New York last weekend to put in place a set of ambitious new Global Goals that could save lives across the world. Now, we need a Robin Hood Tax to make this ambition a reality.

These goals could have an historic impact. They were negotiated over many years with input from citizens, academics and NGOs, and are expected to shape the development agenda for the next decade and a half. With everyone from to Beyonce to Stephen Hawkins to Gareth Bale shouting about them, they’re kind of a big deal.

The 17 goals (and 169 targets) will look to address a huge range of areas critical to ending poverty, including: food security, access to medicines and water sanitation. Importantly, they also address more deep-rooted global issues - such as inequality and climate change - recognising that they are bound together with the problem of extreme poverty.

The goals aim to ‘leave no one behind’, which means that every country needs to come together to achieve them. Richer nations, as well as poorer ones, must up their game to remove the barriers that prevent the most vulnerable people all over the world living dignified, full lives.

But with the goals estimated to cost 3.5 to 5.5 trillion dollars per year, where will the money come from?

Firstly, rich countries need to meet their overseas aid commitments, which could raise tens of billions in extra aid. Secondly, we need to re-write the tax rules that are rigged against poor countries at the expense of people and planet.

And crucially, new, innovative measures like the Robin Hood Tax have huge potential to raise billions! The financial sector is currently one of the least taxed economic sectors and continues to make excessive profits – it is only fair that it is taxed more and funds raised spent both to protect livelihoods and save lives in the world’s poorest countries.

With 1 million actions now taken for a Robin Hood Tax, it’s clear that its time has come!

Help us spread the news that Robin could help reach the Global Goals: