How do we fix broken banking? 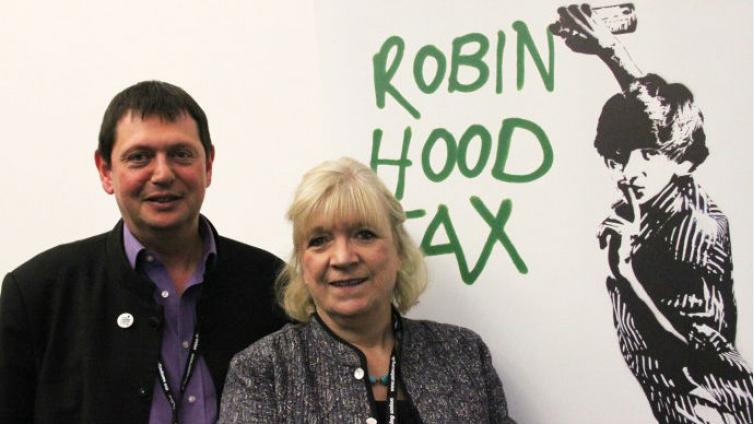 How do we fix broken banking?
Robin Hood
Politics
Tweet

The room was packed, the atmosphere buzzing. Our fringe meeting at the Labour Party Conference was about to begin: Fixing the Financial Sector.

After an introduction by the Daily Mirror’s Political Editor Jason Beattie, our panel and the audience passionately debated on what we are to do about the reckless behaviour of the banks. Robin Hood Tax’s very own David Hillman reminding the audience that the crisis the banks caused led to the deepest recession for over a hundred years. Unite’s Gail Cartmail picked up on this point, adding the shocking figure that the bail-out cost each UK household £46,000.

But, as we know, the crisis wasn’t the end of banks behaving badly. David spoke about how we hear regularly about a sector that is “mired in scandal after scandal, paying record fine after record fine, for criminal activities from laundering money to fixing interest rates”. Gail added that the pay ratio between senior bankers and average bank worker has increased since 2008 (from 81x to 130x), while the thousandth foodbank opened this year.

Meanwhile as the banks continue with business as usual, frontline services are being slashed and the impact of the recession on everyone else has been brought in to sharp focus. Shadow Economic Secretary to the Treasury Catherine McKinnell spoke about her experiences as a North East MP and how the questionable conduct of some banks had brought many distressed constituents to her surgeries. Simon Henig’s nearby council of Durham has been subject to £130m cuts to frontline services since 2010, with at least £100m more to come. Both expressed an anxiety that the economy was too skewed towards London and the Square Mile – a point broadly agreed upon by the audience and the panel.

When suggesting solutions, David suggested closing the gap on the UK’s existing financial transactions tax (i.e. Stamp Duty), to bring it in to line with current proposals in Europe, raising a potential £2bn. And that additional money is needed. With public spending at the lowest level since before WWII, the cuts have been disproportionately hitting the poorest communities. Simon Henig encouraged councillors to join 60 other councils and back the call to bring a Robin Hood Tax to the UK to secure additional funding for frontline services.

Guardian journalist Polly Toynbee asked Catherine McKinnell directly why – on the basis of popular opinion and of the tax’s many successful precedents - the Labour Party haven’t backed a Robin Hood Tax yet. The MP replied that the tax was something that the Labour Party was “actively looking at” and that they were watching the progress in Europe closely.

Opposition leader Ed Miliband has committed to a tax on hedge funds to help pay for the NHS - a move we've welcomed - but we need him to take a step further. We're calling on all political parties (including Labour) to commit to a tax that makes banks clean up for the mess they’ve made of the economy; a Robin Hood Tax that helps to support our much needed frontline services.

Previous : Miliband should be ambitious and go for a Robin Hood Tax
Next : Robin Hood and the Fight against inequality