How the gagging law will silence Sherwood 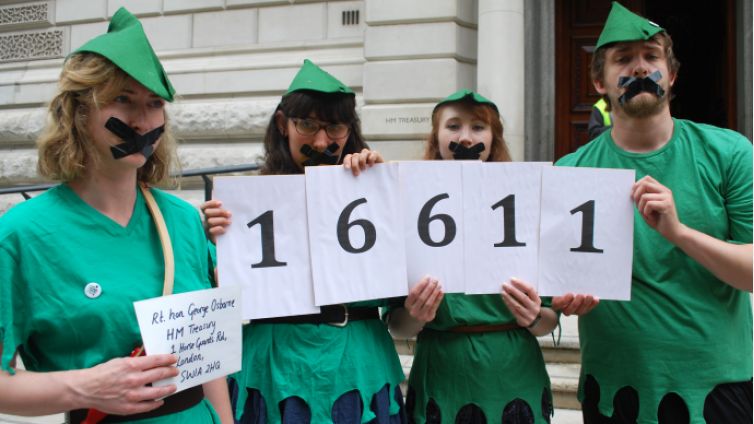 Sherwooders should know that the Robin Hood Tax campaign is facing a tough opponent – not just from the usual source of the financial sector and their allies, but from legislation currently going through our House of Lords.

The lobbying bill is due to go to its crucial report stage next week. The Robin Hood Tax campaign cannot support it for a number of reasons, and we urge peers of all political colours not to rush the bill through just to get it passed in time for the 2015 election. Those peers who have expressed support for Robin Hood previously should bear in mind that this legislation is not helpful to our cause.

The legislation would hamper our campaigning abilities whilst empowering those of our rich, banker opponents. The bill cuts the amount we can spend on campaigning, and could leave the ground open for transnational financial sector lobbyists to take over the debate and whisper in our politicians’ ears from afar.

The great thing about Robin Hood is that campaigners, trade unions, charities and NGOs and others can unite under a single banner. Yet the bill would again make this more difficult.

The campaign has achieved so much in recent years – particularly the 11 nations moving ahead with an FTT in Europe – that even this bill could not delay progress forever. But it would provide a series of hurdles to us, and all charities and NGOs, that we would all be better off without.

We urge all Sherwooders to oppose this legislation – and to contact and pressurise the House of Lords to introduce key changes. Information and contact details of important Lords can be found via this link.

Previous : What a year that was!
Next : Bank fines, Sherwood across Britain, and the bill that won't go away