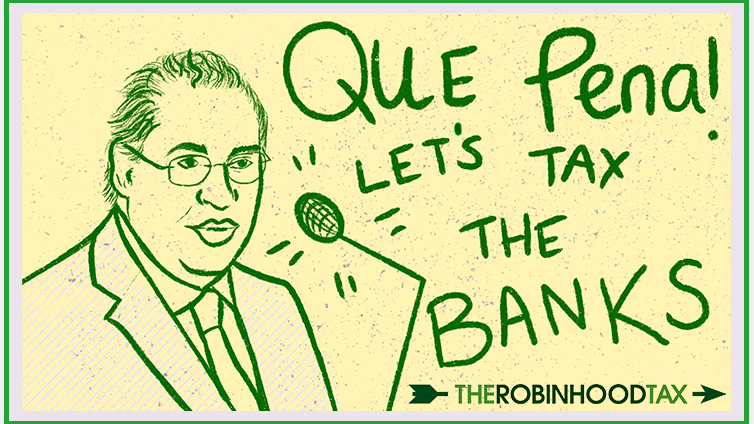 If Portugal’s backing the Robin Hood Tax, why can’t the UK?
Robin
Tweet

Robin’s been thrilled by Portugal’s desire to make their EU presidency count by pushing for a tax on banks.

But, they’re being blocked.

Their honourable endeavours to deliver a deal by the end of June are being delayed by France and Germany.

Portugal has already pushed so far, their efforts cannot go to waste. We must back Prime Minister António Costa to fire up the talks again before the end of Portugal’s presidency.

This is why our campaign, working with organisations representing more than 20 million European citizens from 26 EU member states helped organise this letter delivered to him at the end of last week praising his efforts and encouraging him to go further.

Now is the time for Costa to get the Robin Hood Deal back on track.

Portugal should serve as inspiration for us in the UK!

Our economy has been hit hard, so let’s tell Rishi Sunak it’s time to tax those who can afford to pay more.

Tell Rishi to tax the banks by retweeting us here, or sharing our post here.