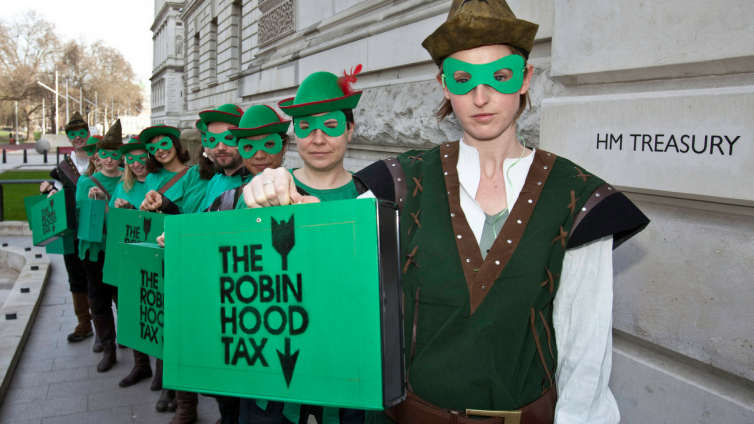 Labour have announced they will modernise the current Stamp Duty on shares to bring in an extra £26 billion over the course of the parliament.

Since the financial crisis in 2008 it seems that everyone but the financial sector has had to pay for the mess they helped create. Bankers’ bonuses have increased whilst public sector spending has gone down and austerity continues to hit hard. Almost a decade on from the crash, Labour have now committed to taxing the city more with Shadow Chancellor, John McDonnell saying the changes would restore “fairness” to the system.

The Labour manifesto released today states: “…we will extend existing Stamp Duty Reserve Tax to cover a wider range of assets, ensuring that the public gets a fairer share of financial system profits”. The Robin Hood Tax is far from a new idea - it has been around for ages and currently raises £3.3billion a year through a small duty on share transactions.

Bringing the tax into the 21st century by closing existing loopholes and extending it to certain derivatives and bonds, would raise around £5 billion a year in additional income. This is vital revenue needed to protect the most vulnerable and to save jobs and public services.

The tax will do more than raise much needed money to fund Labour Manifesto commitments; it will also put sand in the wheels of the financial sector and help stop the casino-style banking that led to the financial crash in the first place.

This is welcome evidence of growing support for a Robin Hood Tax. We believe it is a common sense policy and one every political party should be adopting.

Previous : Results may vary, but banking pay stays the same
Next : Macron calls for European Robin Hood Tax by Summer