Mark Ruffalo: Why I Support the Robin Hood Tax 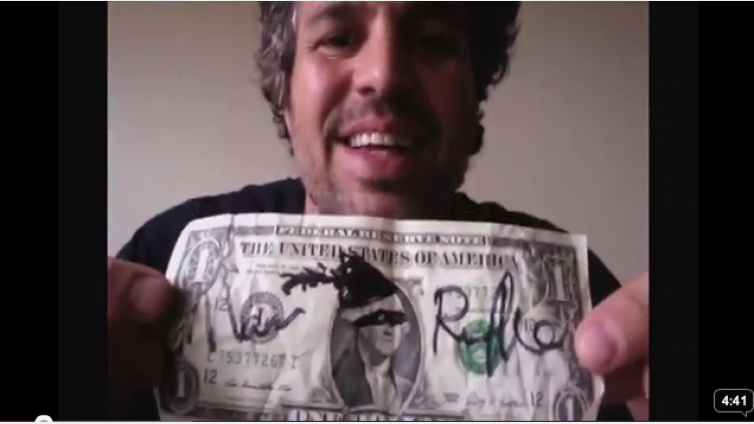 This blog originally appeared on Huffington Post for the US Robin Hood Tax campaign launch.

The story of how the financial crisis unfolded has been more dramatic than any Hollywood script. Unfettered by regulation, the financial alchemists of Wall Street lost touch with reality, creating an economic leviathan they could no longer control.

It tore through America, ripping chunks from our economy, triggering the biggest recession of a generation, forcing thousands from their homes, leaving families to choose between turning on the heating or putting the next meal on the table.

The tragic irony is that while ordinary Americans are still picking up the pieces today, those most responsible -- Wall Street -- have returned to their stranger-than-fiction reality. Today, the derivatives market alone is 70 times larger than the entire economic output of the planet; a pile of $100 dollar bills the size of Everest is traded on the currency markets every three minutes; computer algorithms earn their master millions by gambling thousands of times a second.

This disconnect between the reality of a privileged few on Wall Street and everyone else sparked the Occupy movement last year. People's sense of injustice can only be pushed so far, and I was proud to join thousands of people across America and around the world who took to the streets not just to say the system was no longer working, but that they wanted to wrest back control and take part in fixing it.

Concrete solutions are needed to make this happen and that is why I'm supporting the Robin Hood Tax campaign that launches today. It offers us a solution to kick-start our economy, to rebuild our crumbling infrastructure, to help those who have lost out as a result of the financial crisis they did nothing to cause -- not just here in America, but around the world.

A Robin Hood Tax would raise revenue from Wall Street while reigning in their worst excesses -- helping to rebalance the American economy.

For all these big ambitions, the tax is surprisingly small: less than half of 1%, or about 50 cents on every $100 of trades. It would apply not to ordinary Americans (the rate is set so low precisely to avoid impacting ordinary people and businesses) but to Wall Street's sprawling, churning predatory casino-style trading that helped drive the financial crisis. We're talking high-frequency trades carried out by computer algorithms, billion dollar bets on currency fluctuations, credit default swaps and other derivatives.

Because these financial markets have grown so large, the tax is capable of raising hundreds of billions of dollars a year. Money that could stop foreclosures, fund new jobs and help repair the social safety net in the U.S.

But the effects of the financial crisis that started on the trading floors of Wall Street rippled out far beyond America -- around the world 200 million people for example have been pushed below the $2 dollar a day poverty line as a result of the crisis they did nothing to cause. There is a responsibility for the financial sector to help out those at home and abroad who lost out -- a Robin Hood Tax could help us do both.

You don't have to trust me on the economics, but when businessmen Bill Gates and Warren Buffet and economists such as Paul Krugman, Jeffrey Sachs, Joseph Stiglitz and 1,000 others have thrown their weight behind the proposal, it's time we started to pay attention.

The idea has been spreading like wildfire -- it's already a movement of millions around the globe. It's sparked the interest of cash-strapped governments, determined to find a way of ensuring the financial sector pay for the damage they have caused. Some of Europe's biggest economies such as France and Germany are hammering out a deal at this moment.

In fact, many countries already have such a tax, known as a Financial Speculation Tax. Over 40 have been implemented around the world, including here in the U.S. until 1966 when the financial sector successfully lobbied for its removal.

For too long, Main Street has been working in the interests of Wall Street when it should be the other way around. A Robin Hood Tax gives us an opportunity to rewrite that script and get America back on its feet

This is not a pipe dream, but a robust and proven solution -- even the Wall Street lobbyists can't argue that a tax of half of 1% or less is unreasonable given the damage they have done to America. But as the campaign kicks off today, get prepared to watch them try.