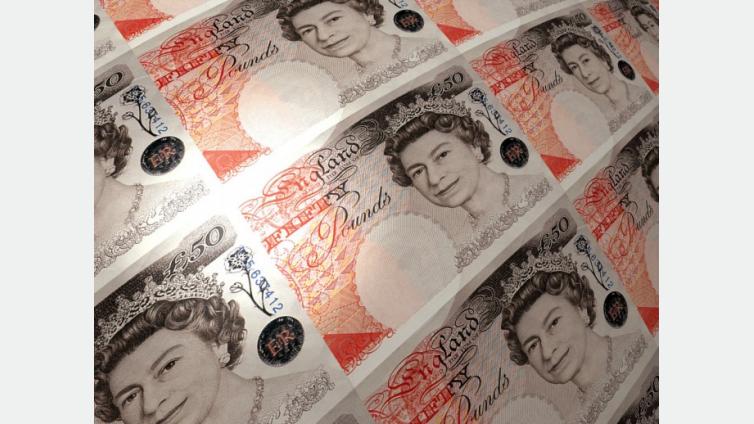 As the Vickers Commission prepares to launch their final report on Monday 12 September 2011, analysis by nef (the new economics foundation) quantifies the ‘too-big-too-fail’ subsidy for each of Britain’s ‘big five’ banks for the first time, and argues that the Commission’s proposals are too narrow to be effective.

The analysis in the report, ‘Quid Pro Quo’, documents how banks fundamentally differ from other companies and how they profit from their unique status. As splits emerge in the Coalition Government over the recommendations of the Independent Commission on Banking (also known as the Vickers Commission), the report argues that proposals on ‘ring-fencing’ and competition have failed to tackle fundamental structural issues.

As the report shows, the British public didn’t just pay when we bailed out the banks. New calculations show the ongoing cost to the British economy of supporting our biggest banks. Updating the Bank of England’s calculations with 2010 figures, and calculating the subsidy for individual banks for the first time, shows that:

Although the ‘too-big-to-fail’ subsidy has fallen from its mid-2009 peak, the ‘Big Five’ UK banks still enjoyed a combined subsidy of £46 billion in 2010;

Last year, Barclays enjoyed an indirect subsidy of £10 billion from the British public;

The ‘too-big-to-fail’ subsidy is 38% lower in Germany than in the UK despite it having a significantly larger economy, which shows that there is nothing inevitable about the level of subsidy.

The ‘too-big-to-fail’ subsidy is an indirect transfer of funds from the public purse to the banks – it refers to the fact that banks with government guarantees are able to access finance at a significantly lower rate than would otherwise be possible, which in turn makes the cost of government borrowing higher.3

The Vickers Commission’s primary prescription for tackling these subsidies is to ring-fence retail banking from investment banking activities. Yet the Commission itself admits that ring-fencing will only reduce and not eliminate the ‘too-big-to-fail’ subsidy.

It isn’t the only support the banks receive from the public. Taxpayers are now paying £5 billion per year in ongoing finance charges on funds used to bail-out banks. 4

Tony Greenham, head of banking and finance at nef (the new economics foundation) said: “Banks are still in the casino with our cash and the tables are fixed in their favour. The quid pro quo for the banks’ unique position, and the unique privileges they enjoy, is fair, strong and effective regulation and a fair financial contribution to the British public. The longer Government dodges reform, the longer the British public and the British economy will continue to pay for the banks’ failure. The time for hesitation is over.”

Additional benefits enjoyed by the banks but not by other industries include:

Access to the Bank of England as lender-of-last-resort. There is no such lender of last resort for other industries.

Privatised gains and socialised losses. Corporate tax cuts are likely to cancel out revenue brought in by the bank levy, and financial services are excluded from VAT.

The size of the benefits extended to banks may well exceed their tax payments. If the Government is to avoid subsidising the profits and pay of major banks and their staff it needs to claw-back the subsidies by ensuring the banking industry pays its fair share in tax.

David Hillman, spokesperson for the Robin Hood Tax campaign, said: “Being ‘too-big-to fail’ allows banks to put billions on their credit cards with their interest payments subsidised by the taxpayer – when things go wrong the public pay off the balance. Rather than invest this subsidy productively, banks use it to sustain sky-high pay packets and their casino-banking business model.What about the millions of ordinary people still feeling the effects of a financial crisis they did nothing to cause? Protecting the welfare state for bankers is being put ahead of the welfare of wider society.”

With regard to competition, the Commission’s partial diagnosis of the unique nature of banking has led it to propose ineffective remedies. The creation of one or two new big banks by selling off additional branches of Lloyds largely misses the point. The complexity of financial products, obscure pricing, the difficulties faced by customers in choosing the most beneficial products and the barriers to new and smaller banks entering the market all allow a small number of big banks to exploit their customers.

Our banks have been given too much power and bold action must be taken. Much greater emphasis should be placed on transparency, financial education and smaller and simpler retail banks. Consumers need full information on the products that they are being sold so that they can make informed decisions.

Lydia Prieg, nef’s finance and business researcher says: “Banking is indispensible to our economy and so should be looked upon as a public utility, like water or energy, rather than as a regular industry. Successive governments have failed to do this, and have instead given the banks an inappropriate level of freedom, vast public support and have let them profit at the expense of the British public as both taxpayers and customers.”

The ‘big five’ banks analysed in the report are: Barclays, Lloyds, RBS, HSBC and Nationwide

The ‘too-big-to-fail’ subsidy is an interest-rate subsidy provided to the banks by the taxpayer, and is disproportionately largest for the biggest banks. That subsidy consists of the difference between the low interest rate banks actually pay to borrow and what they would have to pay if they were “stand-alone” entities that benefited from no external insurance against bankruptcy provided for free by taxpayers. This transfers risk from the banks to the government making the cost of government borrowing higher.

See: “Maintaining the financial stability of UK banks”, the National Audit Office. The majority of this annual cost (£3billion) is the amount the government spends financing the debts it incurred when buying shares in RBS and Lloyds.

What should be done? A unique industry requires unique regulation that places the public interest at the heart of our banking system. Measures already proposed by the Good Banking Forum a group of organisations including Oxfam, Landman Economics and Rathbone Greenbank convened by nef and Compass include:

For more on these reforms, see the Good Banking Report: .

nef (the new economics foundation) is an independent think-and-do tank that inspires and demonstrates real economic well-being. We aim to improve quality of life by promoting innovative solutions that challenge mainstream thinking on economic, environment and social issues. We work in partnership and put people and the planet first.

The Good Banking Forum includes a unique range of leading figures from academia, finance, politics, the law, trade unions, consumer and civil society groups that are demanding real reform of the banking sector. The Forum emerged from the Good Banking Summit, organised by nef (the new economics foundation) and Compass in May 2011. The Forum challenges the limited scope of the Independent Commission on Banking, will mobilise public pressure for ‘Good Banking,’ and is campaigning to break-up the banks as a necessary first step.

Previous : Nurses call for Financial Transaction Tax on Wall Street
Next : France and Germany push ahead with Robin Hood Tax