NETROOTS UK: The Fight Back Begins 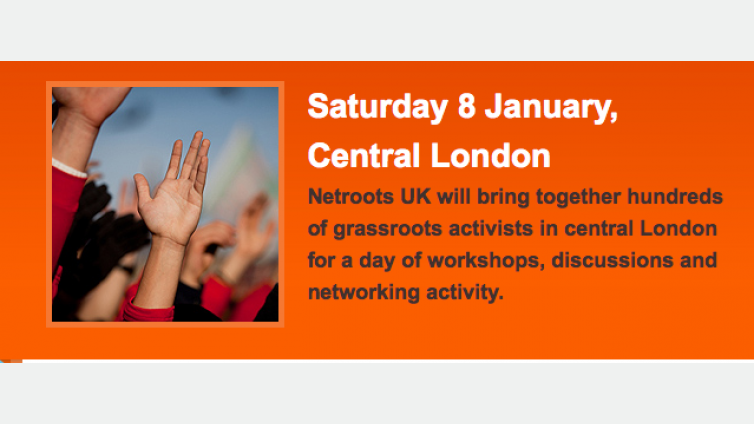 Want to know how to start making the world a fairer and better place? How you can make your voice gets heard? Want to meet and network with likeminded people? Then Netroots UK is the day for you.

We are in a time when a tremendous and growing number of citizens are gathering every day in the virtual world to raise their collective voice and proactively influence their government. Netroots UK will bring together hundreds of grassroots activists in central London for a day of workshops, discussions and networking activity.

The day will feature keynote speakers and discussions, as well as many workshops, aimed at all levels of activists. This event will not be for theoretical or political discussions, neither for having people talk at you.

The day long event will also have several sessions to train people up on using and editing WordPress and videos, plus an introduction to investigative journalism.

There will be sessions on coordinating actions to defend public services across the country; how to start and build your own local campaign; learning from other organisations; how to deal with the media; supporting women activists and much more.

We’ll be helping make better links between campaigners from the worlds of politics, environment, development, civil liberties, unions, community groups and many more.

The inspiration for the event came from the USA – who also hold an annual Netroots Nation event (we’re collaborating with them).

Previous : New Bank Levy: Government "soft" on bankers
Next : Send Your Santa Letters To The Bankers. They Can Make Miracles Happen