Osborne is siding with the Sheriff of Nottingham 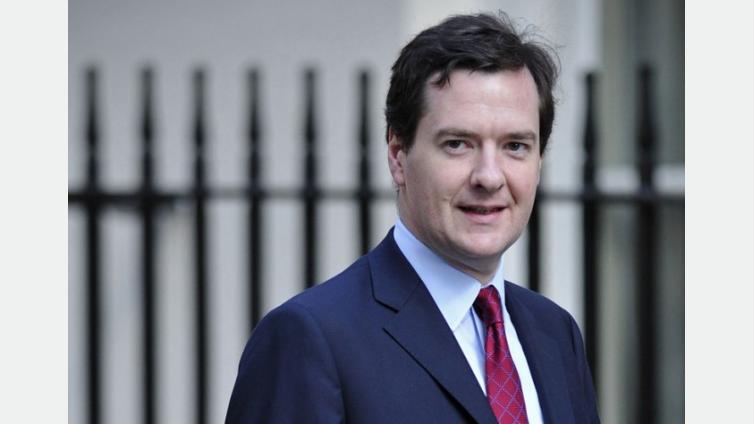 In the past couple of weeks the full force of the financial sector lobby have mobilised against us: we've heard tales of doom from the Adam Smith Institute, apocalyptic predictions from the British Bankers Association and most worryingly, untruths and rumours from our own Chancellor of the Exchequer.

George Osborne's description of the tax on Monday as "economic suicide" is confirmation that after months of public ambiguity, the government has declared war on the Robin Hood Tax.

The coalition government (Lib Dems as well as Conservatives) has decided to side with the '1%' against the millions who have called for financial transaction taxes (FTTs) to raise money to tackle poverty at home and abroad and combat climate change.

He has also set himself against the thousand economists who support it, against Bill Gates and the European Commission who have shown it is possible and against Germany, who said just this week the UK should not be allowed to get away with their opposition to an FTT, as well as France, Spain, Argentina, Brazil and South Africa, who agreed at the G20 to try make finance pay its fair share.

Osborne's strategy is simple. By ignoring the positives and exaggerating potential negative impacts of this tax, he is creating a dense fog of bad economics and misinformation designed to scare away potential supporters.

Let's take the bad economics first. Osborne's insistence at last week's meeting of European finance ministers that the tax would be paid by pensioners is nonsense. The suggested rate of an FTT is so low, an average of just 0.05% or 50p in every £1,000, precisely to avoid damaging important longer term investments like pensions that tend to move money around rarely.

Instead it would target high frequency trading, often carried out not by humans at all, but by computer algorithms - The sort of trading described as "socially useless" by Lord Turner, Chair of the Financial Services Authority.

Osborne's claim that not a single bank would pay this tax is equally spurious. If that is the case, then why then have they been lobbying so hard against it? It is right that banks as intermediaries would not pay the tax, but those making the trades in the first place would.

So who are making the trades? Well, it's the banks and hedge funds, high net worth individuals and the upper echelons of the financial system a million miles away from the high street banking that you or I are used to. The IMF has said the incidence of an FTT would in all likelihood be highly progressive - being paid by the richest in society.

Now for the misinformation: the Chancellor argues that a 0.05% tax on banks and hedge funds would be bad for jobs and growth. He uses the European Commission's impact assessment to claim it would lead to a 1.76% drop in long-term growth across the EU, when in fact the document concludes that a drop of 0.53% is much more likely. Furthermore, this would be spread over 20 years making the impact minimal.

The EC's assessment also makes no calculation of the positive impact the revenue from an FTT could have. While potential job losses would be on city trading floors, beneficiaries would be teachers, nurses and other public servants.

Earlier this year the government increased VAT - the transaction tax we all pay in the real economy - by 2.5% to 20%.

VAT has been shown time and again to curtail growth and hit the poorest hardest. The almost unfathomable irony, pointed out by the IMF, is that whilst this increase affects us all, financial sector transactions remain VAT exempt.

The Chancellor is disingenuous to say banks would flee the country at the first whiff of an FTT.

The best evidence this is not the case is right under his nose. It's called the Stamp Duty on shares. Implemented unilaterally by a Conservative government in the 1980s, this FTT now raises more than £3 billion for the Exchequer each year without a significant loss of business from the UK.

What would be "economic suicide" as Osborne puts it, is leaving casino banking to return to business as usual storing up problems that are likely to trigger future crises.

The Bank of England found the cost of the last financial crisis to the UK economy over time will be at least £1.8 trillion and could be as much as £7.4 trillion. Even the conservative estimate is an astronomical figure equal to the UK's entire annual output.

It is ironic that the UK, a world leader on aid, is blocking a wider agreement for a Robin Hood Tax that would help other countries meet their obligations to the world's poorest.

The government should be congratulated for committing to spend 0.7% of GNI on international development in these troubled times. But there is a separate question as to why we are letting the financial sector off the hook, turning down billions in additional revenue that could help the world meet not just its aid commitments, but those on climate change whilst also protecting ordinary families, jobs and services here in the UK.

Ultimately George Osborne's position on the Robin Hood Tax comes down to politics.

For 18 months the government has tried to have it both ways, courting public opinion by supporting a global tax in the hope it would never happen. But the very real prospect of a European tax has forced him to choose.

By opting for the wishes of the 1% in the City ahead of the needs of the rest of us, he risks public anger and a place on the wrong side of history.