Over 1000 Robin Hoods at the Public Services International world Congress 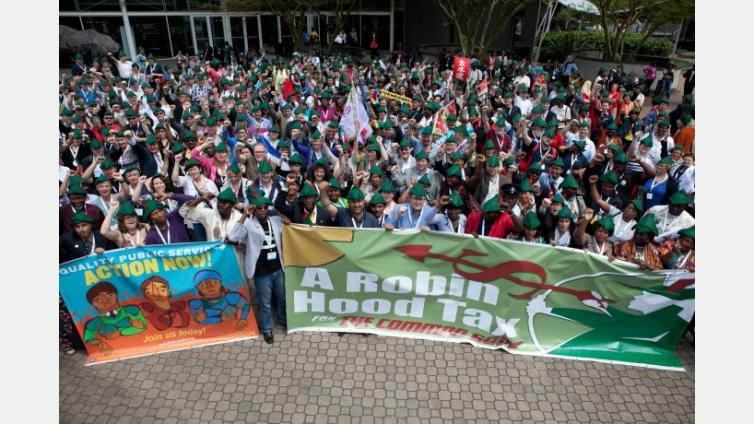 Public Services International (PSI) and affiliates have lobbied global financial institutions such as the World Bank and built support for campaigns that link the need for fair taxes, such as through a financial transactions tax, to fund quality public services.

Moodley told delegates that there is a huge potential to raise money from the tax to improve the quality of public services for all. The Robin Hood tax campaign exists in more then 40 countries, and “with PSI on the team” said Moodley, “we are increasing it with 20 million people right now.”

PSI affiliate unions through COSATU (Congress of South African Trade Unions)successfully lobbied the South African government to speak up in the G20 (last year) in favour of an FTT.