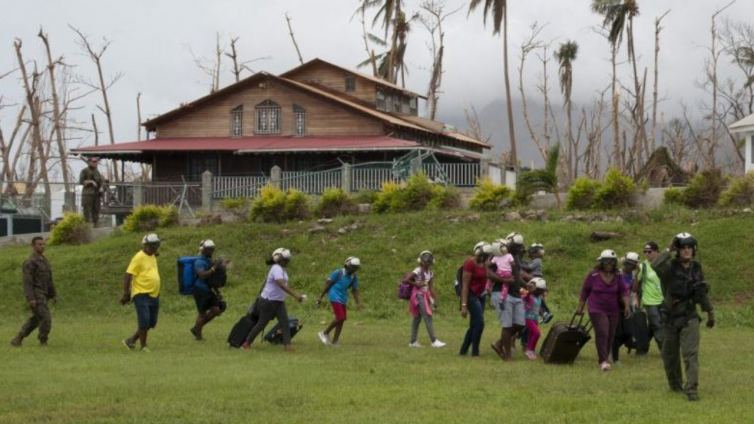 While our heart will always live in Sherwood, we at Stamp Out Poverty - the organisation that runs the Robin Hood Tax campaign - also work on exciting, new ideas that will raise the money to end extreme poverty and fight climate change. Ideas that that make sure that those responsible for causing and worsening these problems contribute towards cleaning up their mess. You could say it was another string to our bow ;)

In a near freezing Katowice, decision-makers are meeting now on the largest issue of our time: climate change. The Polish city is hosting the 24th COP, the annual UN conference for tackling climate change. Countries have been tasked with agreeing rules to limit emissions, and importantly, how they’re going to pay for the response to climate change - fulfilling promises they made at the Paris COP back in 2015. The pressure in on - latest predictions gave us 12 years left to take decisive action to avoid catastrophic climate change.

So what’s being done about it?

Despite the urgency of the issue, talks on how to find the money for the climate response are moving at a glacial pace. And already we are seeing climate vulnerable countries bearing the brunt of climate change - through lives lost and communities and livelihoods destroyed - and being pushed further into debt as they attempt to rebuild.

From countries like Dominica - which was devastated by Hurricane Maria last year - the conversations in Poland seem a million miles away from where they need to be. It’s deeply unjust that the victims of climate change are paying for a problem they had no role in causing. After all, over 70% of emissions in the last 30 years have come from less than 100 fossil fuel extractors - big oil, coals and gas. This activity has generated massive profits, with the top 5 polluting companies making over $60bn in profit last year.

Staying within 1.5°C of global warming and increasing funding for the climate response are centrals part of the Sustainable Development Goals (SDGs) - agreed in September 2015 by the 193 countries of the UN. The SDGs cover 17 areas and are ‘an urgent call for action by all countries’ to end poverty and tackle inequality, conflict and climate change.

Goal 13 of the SDGs promises that rich countries - who are responsible for the vast majority of historical carbon emissions - provide $100 billion a year for low income countries to help them get ready for climate change. But so far, they’ve only achieved just over half of that. Worse, experts have warned that the real need is double that amount, and this is without including the potential $300 billion a year cost of loss and damages that cannot be ‘adapted’ to - such as hurricanes, droughts, and sea level rises.

What can be done?

We need to make sure that those responsible for climate change are paying for the damages they are causing around the world. A Climate Damages Tax (CDT) would do just that - placing a tax on the extraction of fossil fuels globally would raise approximately $300bn a year for loss and damage in climate vulnerable countries.

It would raise billions more to fund the transition towards a green economy in countries that rely on extracting fossil fuels, helping workers move into the renewable energy sector, funding green transport systems, and protecting low income communities from fuel price increases.

It would also send a strong signal to fossil fuel companies and their investors that the time of big profits without paying for costs is over - and help speed up the transition away from a toxic business model.

Please share this graphic, and stand in solidarity with the people of Dominica and climate vulnerable countries all around the world, calling on the fossil fuel industry to pay their fair share for the effects of climate change.

Previous : The crash that shook the world
Next : Robin goes to Cardiff