Raising Revenue REport: A Review of FTTs Around the World 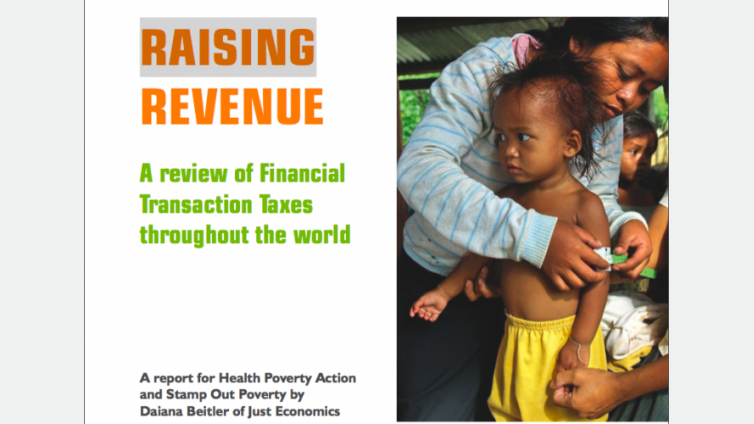 A new Report: Raising Revenue, a review of Financial Transaction Taxes throughout the world shows that FTTs have been implemented either permanently or temporarily in at least 40 countries over the last decades, generating billions in revenue from financial markets.

Critics would have you believe that Financial Transaction Taxes are hard to implement, unfeasible and easy to avoid. Raising Revenue, a new report by Just Economics for Health Poverty Action and Stamp Out Poverty, blows apart this myth, demonstrating that FTTs in fact already exist throughout the world.

The report details FTTs in both developed and developing countries and elicits some key principles for their successful implementation. In-depth case studies of countries including: Taiwan, Brazil, Argentina, Japan, Peru, China and United Kingdom show how billions can be raised from their financial sectors.

A particular slant of the report is how developing/middle income countries could potentially harness the wealth of their own financial markets to raise revenue themselves to fund public spending and safeguard the provision of services such as healthcare.

Previous : International Aids Conference: 'Back the banker's tax'
Next : Could Banks Be Hit By an FAT Tax? Newsnight Reports