Results may vary, but banking pay stays the same 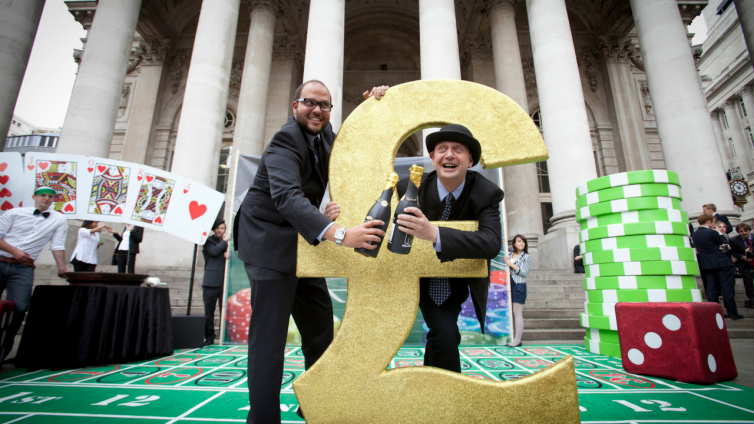 With the last ever Spring Budget next Wednesday, the Chancellor Philip Hammond will be faced with a choice: continue with cuts that are hitting the poorest hardest; or change course and pursue policies that help those just about managing. We also need real solutions to fund our essential, frontline services (like the NHS and social care).

Of course, there is one sector that has managed to avoid the worst effects of the crisis - the very same sector that caused it: the banks. We think it’s time they paid their dues. Now, an ex-banker has reached the same conclusion.

Last week, Professor Avinash Persaud (formerly of JP Morgan) launched a report that has found an ingenious idea that could raise at least £25bn every 5 years from the banks and would lead to no relocation of trading.

And the idea? That the government should modernise the 300-year old UK’s existing Stamp Duty on Shares to include other, newer types of trades. In the last Autumn Statement, the Chancellor Philip Hammond commissioned a review to update the Stamp Duty - we need him to look at this option!

Here’s Professor Persaud explaining the idea (and listen out for Robin Hood Tax’s very own David Hillman commenting on the report):

When this idea could:

...all within a year, the government needs to look at this idea very closely.

The banks say they can’t afford it, but we know better. As all the major UK banks’ end-of-year results arrived last week, we noticed a similar pattern emerging.

HSBC announced that profits had plummeted and that they were being investigated for money-laundering (not for the first time!). Lloyds enjoyed a bounce in profits, only after more than £20bn in fines since the crisis. RBS trumped them with yet another year of straight losses (the ninth), as well as totalling £58bn in fines for the same period: terrible from the publicly-owned bank.

Despite this catalogue of low profits, mammoth fines and reckless, rip-off behaviour, it seems executive pay-packets have bounced. Bonuses have returned to the absurd levels they were in 2008. Barclays recorded 364 millionaire employees last year. Executives for banks failing to make a profit are being paid eye-watering sums.

If they can still find money to fork out astronomic pay packets and bonuses, then they can pay their fair share to society. With people still struggling to make ends meet a decade after the banks’ crisis, we need politicians to step up and make bankers pay.

Robin Hood Tax's brand new video with climate strikers!
Robin builds back our NHS
Merkel calls for a Robin Hood Tax - will the UK?
Labour announce £2bn tax on largest market in the world!
Exposing a trillion-dollar lie
How the Panama Papers can help us clean up the banks
Robin's a vote-winner Stateside
A Great Year in Sherwood!
Why we should ignore the banks crying wolf
Macron calls for European Robin Hood Tax by Summer
Bill's Banker Challenge
Send Your Santa Letters To The Bankers. They Can Make Miracles Happen
Why a financial transaction tax is good for your pension
Labour Pledges to Introduce Robin Hood Tax