Robin at the Diamond Inquiry 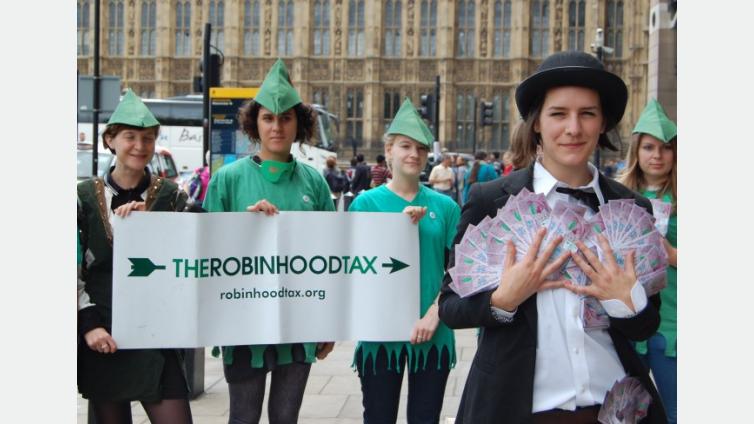 It would be hard to ignore the banking scandal that has hit the UK this week. Following the revelation of fixed Libor interest rates and the resignation of Barclays CEO Bob Diamond, the important question of how to make sure bankers don’t get away with socially irresponsible behaviour is all over the headlines.

When Sherwood heard about the proposed Treasury Inquiry into Barclays, we quickly donned our hats and headed down to Parliament where Diamond himself was being questioned - to let the Government know that we want more than talk: we want action. The host of Robin’s dressed in green turned up to demand their cash-back in the form of a Robin Hood Tax.

Bob Diamond does deserve to lose his job, but just as blowing your nose does not cure the cold it will not remedy the underlying sickness in our banking culture. The removal of Stephen Hester's bonus, Fred Goodwin's knighthood and now Bob Diamond as CEO are little more than distractions from what is really important - ensuring banks pay back their debt to society rather than finding new ways to rip us off.

Spot the Robin’s on the news this week: