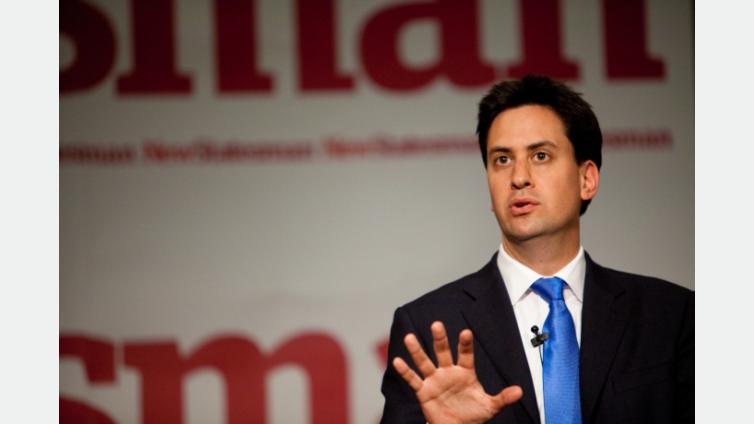 By Simon Chouffot, spokesperson for the Robin Hood Tax Campaign

The Financial Times doing the rounds at the Labour Party Conference in Manchester declares in its splash: ‘Labour Landslide Election Victory on Robin Hood Tax Ticket’.

It’s dated May 8 2015 and the adjoining article – ‘Bob Diamond to release charity single in support of Robin Hood Tax’ – gives away the fact it might be a spoof. It explains the song, entitled ‘Giving is the new Taking’, was recorded as a thank you to the Robin Hood Tax campaign for saving the sullied reputation of the financial sector.

Pastiche it might be, but it underlines the truth that a Robin Hood Tax would win votes and allow Labour to fulfil both their conference slogan of ‘Rebuilding Britain’ and Ed Miliband’s new vernacular of a ‘one nation economy’.

The tax of between 0.1 – 0.01 per cent on financial transactions offers a mechanism to reduce ‘predatory’ financial speculation by targeting computer-driven socially useless trades. It is also capable of raising billions of pounds in much needed revenue that could help get people back into work, avoid the worst of the cuts to services and ensure we live up to our international commitments.

It’s positive that Ed Balls promised a “continued campaign for an international transactions tax”, but Labour must go further and ditch the pretence the US has to be on board for an Financial Transaction Tax (FTT) to work. Over 40 FTTs have already been unilaterally implemented around the globe. One of the largest and most successful is right here in the UK: the 0.5% Stamp Duty on share transactions raises more than £3billion a year for the Exchequer without undue loss of business. Of course global agreement would be great, but much like nuclear disarmament, it’s no excuse to sit back and do nothing in the meantime.

Besides, Labour would not be acting alone – all of Europe’s biggest economies, with the exception of the UK are expected to have an FTT in place in the coming months. France and Germany are spearheading a group of at least nine European countries intent on reaching agreement before the year is out.

The biggest economic crisis since WWII was sparked by the banks, but paid for by us. The public are rightly angry that against a backdrop of unemployment and service cuts the financial sector has sunk to new and uncharted depths in the wake of Libor rate-rigging, PPI and other multi-billion pound scandals.

77% of the public think the coalition is not doing enough to ensure that ‘we’re all in this together’. Any attempt at rebuilding Britain with ‘one nation economics’ must start with the financial sector paying for the damage caused to our economy and society.

As the fake FT reflects: “admittedly, at times we have supported the City’s swagger, but ultimately it proved to be its own worst enemy. Tripping and falling not just on itself, but on the rest of our economy”, concluding that it’s time to rebuild “a more balanced Britain away from the capricious excesses spilling out from the Square Mile. It is time we refocused on the other 84,000 square miles that make up these Isles.”

This article was first published on Liberal Conspiracy >>