Some of the million backing the campaign. 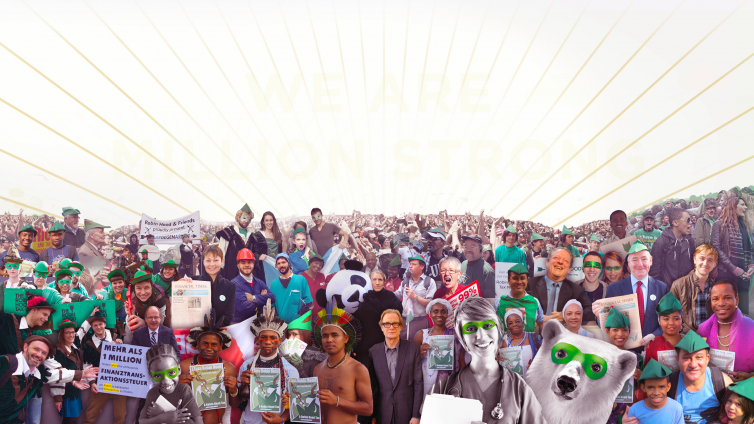 Today was a watershed moment in the campaign for a Robin Hood Tax: over a million actions have been taken demanding that banks pay their fair share to help those hit hardest by the financial crisis.

Tomorrow, Europe’s Finance Ministers are meeting to discuss how strong they want to make their Robin Hood Tax and where they would spend the significant revenues it could raise. With billions on the line, the Million Strong actions are calling on these leaders to ensure that they seek an ambitious settlement that would help fund public services and the fight against poverty and climate change.

This million milestone proves that the momentum for a Robin Hood Tax continues to build – as European nations agree the details they must stand firm in the face of fierce lobbying from the banks and to push forward negotiations for the world’s most popular tax.

Right now, the UK government has set itself in opposition to this proposal that could raise billions of pounds a year. Much of the rest of Europe has committed to ensuring their financial sectors pay for damage caused – we must do the same.

Previous : Why we support the Robin Hood Tax
Next : Labour Turns Towards Robin