Robin visits every major party conference - thanks to you! 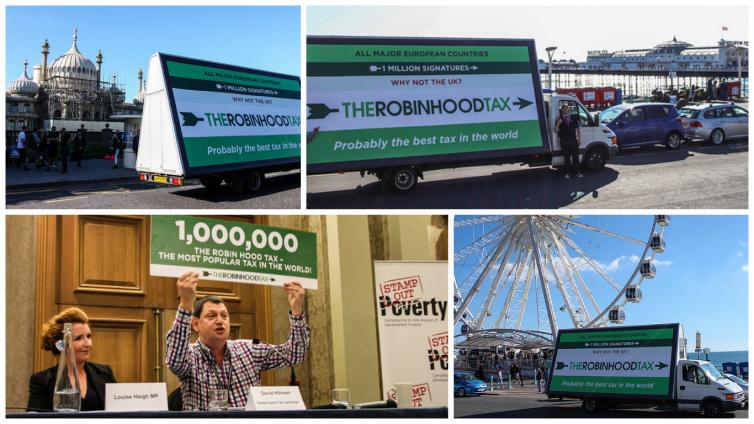 Robin visits every major party conference - thanks to you!
Robin
Action
Tweet

Since we launched a successful crowdfunding drive to taking our Million Strong message to every major party conference, nearly two million people saw our message in Brighton, Manchester and Aberdeen!

Thanks to generous donations from Sherwooders, we were able to take the most popular tax in the world on the road. MPs, conference-goers and the general public all got in touch to let us know that they had seen our cross-country campaign.

Thanks to you, we’ve been able to show how popular the movement has become to Labour, Conservatives and SNP politicians. Because of this, the Labour Party has committed to look again at backing a UK Robin Hood Tax.

Now we need to keep the pressure up on other parties to ensure they make banks pay their fair share.

Check out our conference adverts here: