Robin's on a Roll! 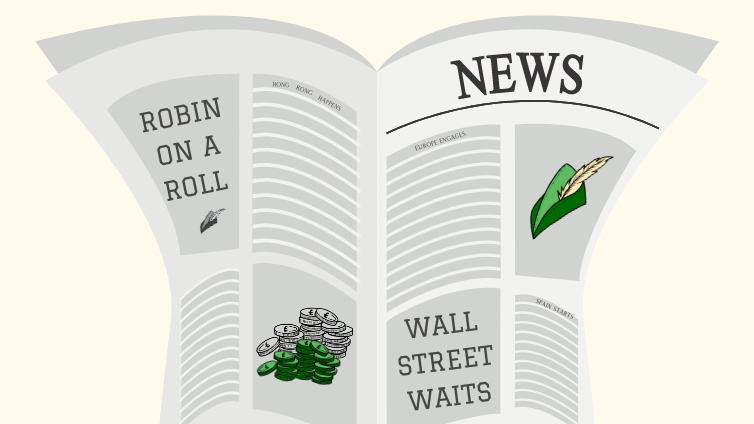 Robin's on a Roll!
Worldly Robin
International
Tweet
In Spain they’ve made it, in Hong Kong they’ve raised it, the New York Assembly’s billed it, the EU Presidency is backing it.... Robin’s on a roll around the world. But where’s the UK?

As announcements point to restrictions starting to ease, Sherwood too is getting ready to party.

With economies globally affected by coronavirus, with the magic money tree having been discovered, conversation is now starting to move to how we’re going to pay for our welfare and public health responses.

Melodramatic cries of needing to pay all this debt back imminently and pushes for austerity, parrotted by the media, are to be resisted as scare-mongering nonsense. See our austerity busting video for why.

There will be major pressure to protect the money of the wealthiest, but we’re ready and pushing hard for fair contributions from those with the broadest shoulders.

But this conversation on economic recovery is a great opportunity to rethink our economic system, to make it work for the many, not only the 1%.

Hong Kong are whacking up their Robin Hood Tax by an incredible amount of… 0.03%! Well... it’s something.

While Spain implemented a Robin Hood Tax in January.

News on Robin Round the World.png 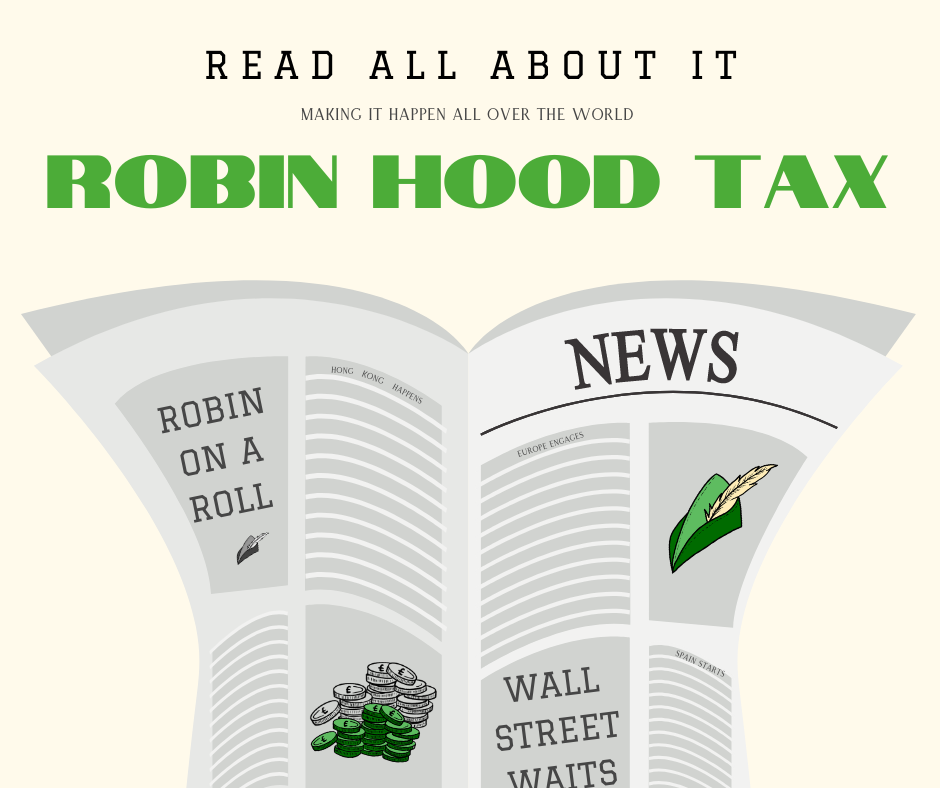 Ten out of ten

In the European Union a report was recently leaked showing that the Portugese Presidency is keen for the ten countries who agreed to work together to make it happen in all of them at the same time to actually get the Robin Hood Tax over the line.

You can read our summary of the leak here.

These countries including France, Italy and Austria, had a major meeting on Wednesday to discuss how to make the Financial Transactions Tax happen.

The state of the Big Apple

In the USA, New York State already has a Robin Hood Tax but they… return all the money they raise to the financial sector. !>*^$$!%?!?!?

But the good news is that the New York State Assembly has this week been discussing stopping the rebate and choosing to fund the people, instead of the financial elite.

See this major story on that in Bloomberg!

Meanwhile, in the UK, the budget is next Wednesday, 3rd March and the UK is still dragging its feet on bringing in this sensible big-money policy to fund our NHS.

Despite last year’s massive petition hand in to the Treasury, we’re not picturing Rishi, previous employee at Goldman Sachs, donning any green tights and hat to tax the banks anytime soon.

Before the budget next week can you tweet the Chancellor @RishiSunak to demand he consider a Robin Hood Tax? It could bring in £6.9bn annually in additional revenue.

This tiny tax on financial transactions could pay for the scrappe*d programme to house the street homeless in under a day, and bring in £34.5bn over a 5 year parliament.

Previous : Austerity Myths: Exposed!
Next : Are you our new Campaigns and Communications Officer?