Ten Years Since the Run on the Rock 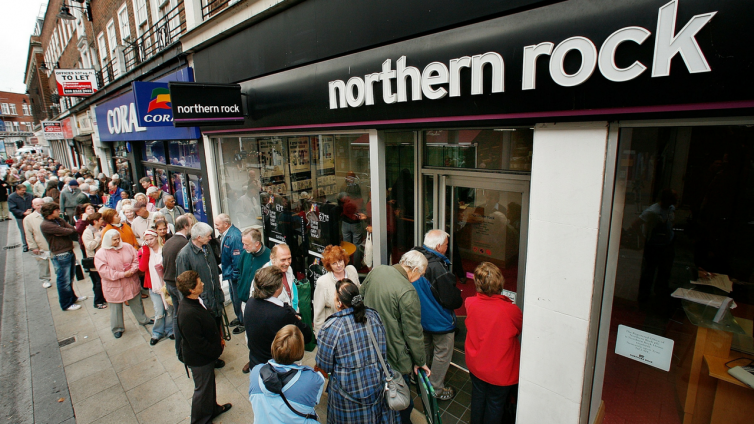 There were queues around the block. Cashpoints were about to run dry. All over our TV screens, we were witnessing the first UK bank run in over a century.

When Northern Rock started to collapse ten years ago this week, we knew something had gone wrong. Because of the reckless behaviour of some bankers, people’s savings were under threat. Little did we know that the worst was yet to come.

The crash that happened next - and the austerity that followed - have had a devastating impact on frontline services and communities across the UK. Public sector pay freezes, cuts to local services, millions struggling to get by - the fall-out of the crisis is still felt today.

Meanwhile, those who caused the crash - the financial sector - have bounced back. They’ve paid themselves more than £100bn in bonuses in the last ten years. Instead of paying to clean up the mess they made of our economy, they’ve pocketed the cash, rewarding themselves with astronomic bonuses and salaries (often after lousy returns).

When the banks destabilised the economy a decade ago, it was said that we could never let this happen again. But politicians haven’t done enough to prevent the type of irresponsible behaviour that created the worst crash since the Great Depression.

We need our elected representatives to stand up to the banks - to say “no more!” Real solutions are out there to help prevent something like this happening again.

A Robin Hood Tax is one such solution - its benefits are huge and even ten years on we need them now more than ever. It could rein in the banks’ excesses and raise billions for our country. Just one year’s revenue could:

We simply can’t afford not to do this.

Previous : Former banker lays out the plan for a UK Robin Hood Tax
Next : Robin Hood at Labour Conference