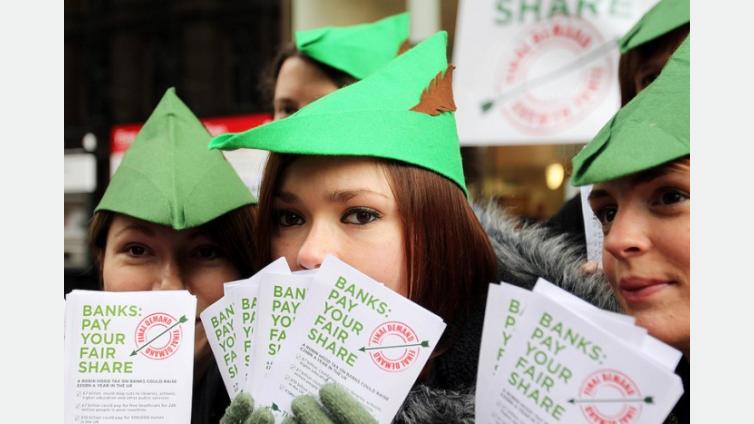 This blog originally appeared on Left Foot Forward. By Cllr Bob Wellington, leader of the Labour Group on Torfaen Council

We are proud that last week Torfaen became the first council in the UK to pass a motion calling on the government to implement a Financial Transaction Tax (FTT). We were swiftly followed by the London Borough of Lewisham; and it heralds the start of a nationwide initiative by the Robin Hood Tax campaign to get as many local councils signed up as possible.

Some may ask what a tax on casino bankers has to do with a council in Wales? I would invite them to visit Torfaen to see for themselves the crushing effect the banker’s economic crisis has had on our parts of our local community.

The FTT would help to reduce some of the destabilising, risky behaviour that led to the 2008 crash. But, as our Council motion sets out (see p.263), it could also raise big sums – as much as £20bn per year.

The rate is set so low – between 0.01% and 0.1% – so it targets those City institutions engaged in short-term high rolling speculative activity, and not ordinary businesses. All sorts of negative stories are concocted by the financial sector with reference to the FTT – but studies continue to show that FTTs would be good for both pensions and growth.

Imagine what this money could do: it could be game changing. One day of revenue would provide for three million additional hours of home care for the most vulnerable people in our society and five days of revenue would pay for 10,000 newly qualified teachers to replace all the teaching jobs lost in 2011.

We in local government are living through tough times – and, by Local Government Association estimates, things are getting tougher.

A local government funding gap of £16.5bn is projected by the end of the decade. One week of FTT revenue could increase the main source of annual Welsh Council funding by 10%.

I would also say to Scottish colleagues that their main source of annual funding could also be increased by 10% through two weeks worth of revenues.

If the idea sounds fanciful, let’s look to Europe where governments of the left and right – including France, Germany, Italy and Spain (the biggest economies) – are pushing ahead with a broad based FTT on stocks, bonds and derivatives set to raise as much as £30bn a year.

The UK, with its huge financial sector, has even more reason to follow suit.

The FTT would help communities up and down the country, and as polls show, the tax is popular with voters. I’ll be encouraging all councils to follow Torfaen’s lead in passing this motion, and to put pressure on our politicians in Westminster to implement this much needed tax.

The crisis may have started on the trading floors of London, but it is local authorities and, more importantly, the people we serve who continue to feel its effects – that is why we must ensure our voices are heard in this debate.