Want to really help the ‘Jams’? Time for a Robin Hood Tax 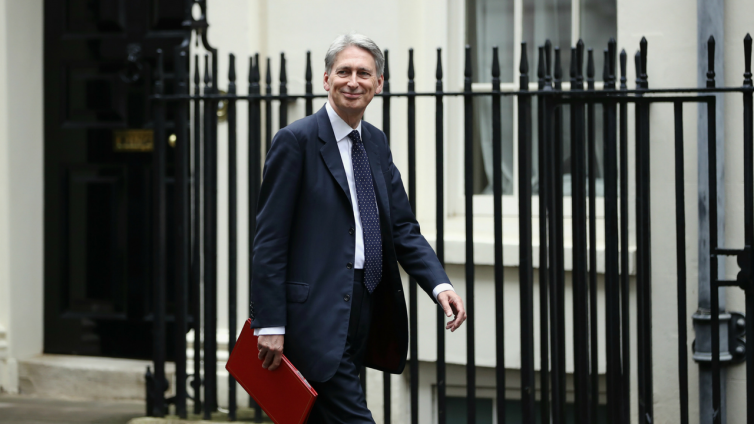 The Chancellor’s Autumn Statement will broadcast loud and clear that the financial crisis and its legacy of austerity are still hurting millions up and down the country.

Figures released last month show that more than half a million food parcels have been handed out in the UK in the last six months alone, many of them going to children. So will Philip Hammond look to balance his books on the working poor rather than the financial sector that caused these times of hardship?

The Chancellor should look at increasing the burden on a banking sector that can clearly afford to pay more – a sector who have no trouble lavishing telephone number-sized salaries on their executives while paying out billions in fines for copious crimes and misdemeanours.

He should do this rather than target the group recently termed the ‘Jams’ (Just About Managing), who look set to lose out by a massive £725 a year per household.

This is because the planned benefit freeze will hit the low-waged the hardest, particularly those receiving in-work benefits like tax credits, child benefit and housing benefit. Surely there’s a better way?

We may be heading out of the EU, but perhaps there are some interesting lessons to learn from our continental cousins.

On the European mainland, countries like Germany, France, Italy and Spain have responded to the financial crisis by regulating and taxing their banking more robustly to pay for the cost of the bailouts and the recession caused by the sector’s reckless behaviour.

From Germany’s Chancellor Merkel on the right to France’s President Hollande on the left, their favoured tool for the job is the Financial Transactions Tax (FTT), popularly known as the Robin Hood Tax.

This is a small levy on the enormous volume of transactions carried out everyday by finance firms, not ordinary people, agreed in principle last month and set to generate about 22 billion euros a year in extra revenue to pay for infrastructure, job training and public services. A sensible response, you might agree.

Apart from the substantial tax receipts, the FTT has two significant benefits – creating a more stable economic system by reducing the worst kind of casino trading and giving tax authorities far better oversight of financial activities, making it an important weapon in the war against tax dodging.

What sort of difference would the FTT make to the ten million ‘Just About Managing’ households in the UK?

Well, two months of FTT revenue could reverse the cuts to the Employment and Support Allowance (ESA) and to Universal Credit outlined in the Autumn Statement. The statistics are compelling:

The Robin Hood Tax is the proof of the pudding for Theresa May’s government. Will the first act of her Chancellor be to deal a blow to the very group she identified as most in need of support?

If the government is to avoid a gaping chasm between words and actions in Brexit Britain, with credibility and authenticity the principal victims, then bold steps are required to show the country that resolve trumps rhetoric.

The introduction of an FTT at home comes down purely to politics. In Europe the FTT train has left the station with ten countries on board.

We could go on the same journey even if we do not take the same track and the revenue could prevent the ‘Jams’ being on the frontline of even further austerity.

This blog was originally published in advance of the Autumn Statement on Wednesday 23rd November on Left Foot Forward.