What next for the Robin Hood Tax? 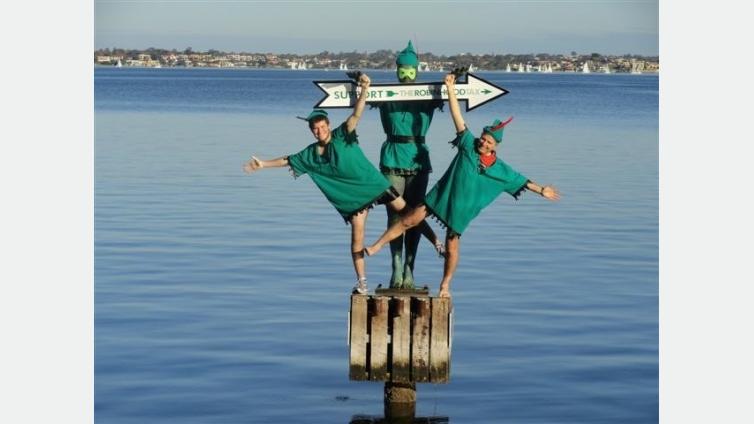 What next for the Robin Hood Tax?
Robin Hood
Action
Tweet

David Cameron calls it ‘madness’. And George Osborne would rather let the rich pay less than tax the banks. But millions of people know that the Robin Hood Tax makes sense. When we launched two years ago, the idea of taxing the banks was unimaginable; now it's taken giant leaps towards reality.

It’s been an amazing two years – and 2012 is full of opportunity. Here's an update on some on developments and where we can go next:

Four of Europe’s five biggest economies – France, Germany, Spain and Italy – are now hoping to set up a financial transactions tax. The UK isn’t on that list. Yet. But bank taxes are now a public issue. And the PM and the Coalition Government are increasingly isolated and out-of-touch.

Many MPs have shown their support – and answered Robin Hood Tax supporters with thoughtful, personal and positive letters. It’s the biggest weapon in our arsenal, and thanks to huge public pressure bank taxes have been pushed onto the political agenda. But now we need to keep the momentum up and continue lobbying MPs to make sure we get a Robin Hood Tax to help those hit hardest by the financial crisis.

Not a Robin Hood Budget

The Coalition took our name in vain when they trailed a ‘Robin Hood Budget’. It was less Robin Hood and more Sheriff of Nottingham – protecting millionaires and taking from the millions.

It also came shortly after this year’s bonus announcements with Barclays alone announcing £1.5bn in bonuses – yet another sign that the banks are living in a parallel universe. Banks would be in no position to hand out such generous sums were it not for receiving the equivalent of economic steroids from our Government – a £5.5bn tax break and multi-billion pound direct and indirect subsidies, ultimately paid for by the UK taxpayer.

So Robin Hood activists decided a trip to London was in order. You might have seen or heard us making our opinions known on BBC News.

When the Robin Hood Tax started to get serious, a slew of 'reports' appeared outlining how the tax would variously destroy the financial sector, pensions and jobs.

This doesn’t add up. But don’t take our word for it. Just ask City Expert and ex-senior banker Avinash Persaud. He recently pointed out that a Robin Hood Tax in the UK is likely to add to GDP and create the equivalent of 75,000 jobs – by injecting billions into the economy and rebalancing it away from the City.

It’s time for the Coalition to stop ignoring the obvious. Osborne won’t bring down the deficit and get Britain growing by letting the richest off the hook.  If we are really going to ‘earn our way’ out of this economic mess we should be asking the City of London to pay its fair share, and a Robin Hood Tax could be a key part of the growth we need.

We’re going from strength to strength

It was never going to be an easy fight. But let’s remember who’s behind us.

Around the world there are campaigns in 21 countries representing 220 million people. And that’s not to mention the leading international figures on our side, including Bill Gates, Desmond Tutu, the Pope and 1,000 economists. Together, this growing movement will make this tax happen – saving public services, kick-starting a green economy and tackling poverty at home and around the world.

The Merry (Wo)Men of Sherwood are taking on new targets and we’ll keep you posted with upcoming plans – including info about our transatlantic adventure.

Adding political pressure is the most important thing we can do right now. We need to get the Robin Hood Tax right to the top of MPs’ inboxes again. So please write to your MP to ask them for a Robin Hood Tax that puts people first, not the banks. Or even better download our handy guides and pay them a visit. And you can help us spread the word by joining us on Twitter and Facebook, or ordering posters, badges and leaflets from our website.

We're almost there. Now we just need your support to help to make this brilliant idea a brilliant reality.