Why the banks' threats of moving abroad are empty 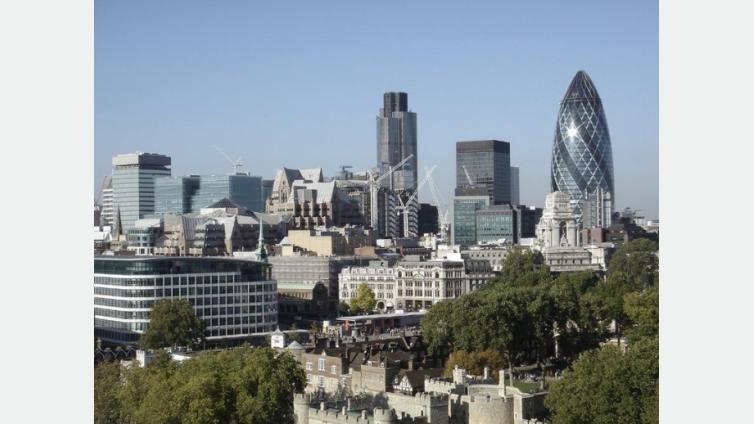 This article originally appeared on the New Statesman website.

Talk to a banker about financial sector taxes and they'll have to call you back from their Blackberry en-route to the airport, the rest of the company in tow, quite prepared to never set foot in the country again to avoid your unnecessary meddling. The world is their oyster -- Frankfurt, Hong Kong, New York they'll tell you -- so stop the talk of Robin Hood Taxes, or capital reserve requirements, or you'll soon be seeing tumble weed clogging up the escalators at Canary Wharf.

From a lobbyist's perspective, you can see why we increasingly hear banks threaten to move their business overseas -- it has given them the excuse they need to run rings around the government. Cue the crescendo around Sir John Vicker's interim report into banking regulation a couple of weeks ago. Cue the government's frustration, when the terms it set as part of the Project Merlin deal for banks to lend more to businesses didn't work. And whilst Ed Balls should be commended for calling for a banker bonus tax to help tackle youth unemployment, I suspect it is also one of the reasons he limited it to a rather modest £2billion.

But putting the bank lobbyist's view aside, this story just doesn't add up from from virtually any perspective. Firstly, you have to ask what exactly "relocating overseas" means. Leading the charge, Standard Chartered and HSBC have both said they may move abroad. Their threats create an image of packing up entire trading floors, wealth management divisions and investment arms, but in both cases they are only talking about their corporate HQs and a small number of head office staff.

Such threats should be faced down, not just because they are unreasonable but because they are of questionable credibility.... Were a bank such as Barclays to shift its headquarters, the impact on the UK would surely be minimal as it would still do much of its business and pay taxes in the country.

One or two of them might change their corporate headquarters for tax purposes but if they do go we probably won't even notice. There won't be a great outflow of workers and Canary Wharf won't turn into a ghost town.

Distractions about corporate relocation aside, banks still argue that increasing taxes will make the City less competitive and would lead to a drip-drip loss of business. And they would have us believe the government's new bank levy is evidence of a worrying step in that direction. But let's be crystal clear: we are in no danger of overburdening the banks.

The costs of the new bank levy will be largely off-set by a decrease in corporation tax, which is on course to be the lowest rate in the G7 by 2014 at 23 per cent. Our rules on writing off future tax payment against previous losses are a major boon, as Barclays so clearly demonstrated by paying a shocking £113m of tax on £11.6bn of profit. Other countries are not so generous, or perhaps foolhardy, as a special Reuters report explains: "Swiss tax losses can generally be carried forward for seven years, U.S. federal tax losses for 20 years, but in the UK or Jersey, there is no time limit."

But here is the mother of them all -- a multi-billion pound reason why banks would be mad to move away: credit rating agencies such as Standard & Poors know the UK government (read: taxpayer) will not let banks fail because they would bring the rest of the economy down with them. This means lending to banks is a one-way bet and so their credit rating improves, which in turn allows them to borrow money more cheaply. Sound trivial? Andrew Haldane, executive director of financial stability at the Bank of England, said last year: "The average annual subsidy for the top five banks over these years [2007-2009] was over £50 billion -- roughly equal to UK banks' annual profits prior to the crisis." At the height of the crisis, the subsidy was worth £100bn.

Most countries are simply not capable of offering this kind of support. Those who are capable may not be willing to risk having to fund a bail-out. If banks do choose to move from the City of London's safety net, they are likely to have to accept lower credit ratings making borrowing more expensive.

Besides the favourable tax environment and epically-proportioned credit card we offer to banks based in the UK, there are many other factors that give London the edge: stable financial infrastructure, lack of corruption, ease in raising capital, lawyers and crucially, our location. Banks could not afford to shift to New York and miss out on European clients, and business so conveniently located in a time zone half way between Manhattan and the other major markets in Asia. Nor could they afford to ignore our pool of highly skilled workers, who in turn are attracted by the culture, language, world class education and variety of things to spend their money on.

According to a recent Global Financial Sector Index, London didn't come near the top for its financial sector competitiveness, it was number one. So next time the City of London complain they are hard done by, show them this report -- which incidentally, they commissioned.

In fact, you could argue that it is the banks that are overburdening us. HSBC's balance sheet is already bigger than the entire GDP in the UK, Barclays' is roughly equal. The Bank of England governor, Mervyn King, and others have questioned whether we really want to be carrying that weight on our shoulders -- a weight that could crush us next time things go wrong.

Neither the government nor opposition should be held hostage to old arguments that banks are the powerhouse of our economy. Two years ago they lost this honour when their engine failed and we were forced to pump in more than a trillion pounds of public money to get it started again and we are still paying to keep it running today.

Nor should politicians shy away from ensuring banks pay to repair the damage they have caused, for example through a Robin Hood Tax, because of hollow threats that the financial sector will move their business overseas. By paying their fair share in taxes, banks can once again work in the interests of society. At the moment it's the other way round.