Why The Big Short is a film for now

The Big Short has an all star cast including Brad Pitt, Steve Carell, Ryan Gosling and Christian Bale. 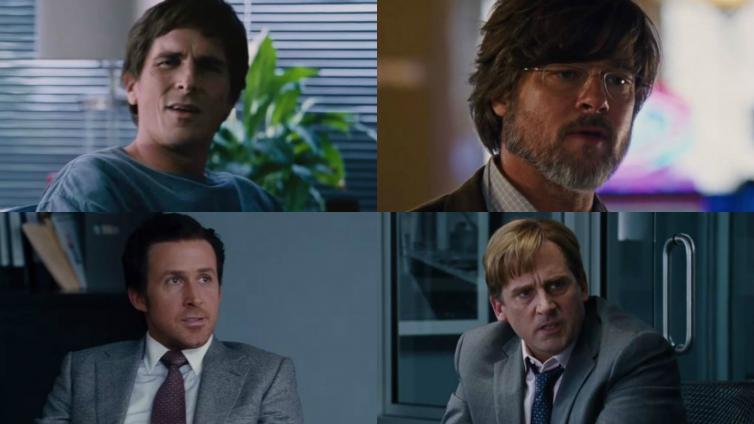 The Big Short - based on the book by former Wall Street trader Michael Lewis - shows a financial sector that’s wildly out-of-touch with the lives and needs of real people. The film brilliantly tells the story of the financial crisis by following how a handful of geeks made billions predicting the crash and betting on that outcome. Midway through, Brad Pitt’s character lets rip at the disconnect displayed by other traders: “You’re betting against peoples’ lives, against peoples’ homes”.

And at the end of this new film (nominated for 5 Oscars, including Best Picture), a stark fact is thrown up: that proposed reforms to improve the financial sector have fallen massively short. Bankers who committed fraud haven’t been imprisoned. In fact, many of them continue to find well-paid work in the sector.

And it’s not because they’ve improved their behaviour either. As we know, there have been countless scandals and cases of rampant illegality: from money-laundering to mis-selling to PPI.

No, it’s because banks have spent huge amounts of money trying to kill all efforts to change them for the better.

And we need them to change. We know that ordinary people were hit hardest when the banks failed. We need to make sure we don’t end up having to pay to clean up the mess they made of our economy again.

However, despite the best efforts of the banks, the call for real change that came about after the crisis hasn’t gone away.

People-powered activism is forcing these reforms on to the agenda. In the US, presidential candidate Bernie Sanders has the Robin Hood Tax as a central policy in his platform. Most of the major European economies are reaching agreement on the world’s first regional Robin Hood Tax in the summer. More than a million back our campaign.

Because of people like you, the campaign has been catapulted to the forefront of the debate on financial reform.

Help us end the era of bad banking:

Previous : Welcome to the latest member of the Robin Hood Tax family: Ireland!
Next : Robin's a vote-winner Stateside