Why tax matters for women and girls the world over 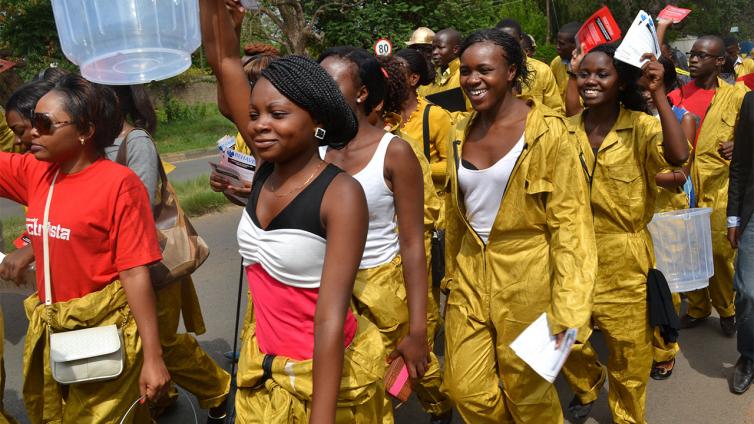 International Women’s Day is the time of the year to celebrate women’s achievements in all spheres of life and rally around the call for gender equality to finally become a reality the world over. It is essential for the tax system to support this struggle and progressively finance governments’ commitments on women's human rights.

March 8th has its proud history in the women labour movement organising for fair wages and decent working conditions at the turn of the 20th century. Though the world has moved on since then and more women today are in the position of power, for the majority gender equality is still a distant dream. While there are many reasons for this injustice, not least discriminatory attitudes, the current tax system itself is not working for women. It's pushing them further into poverty, making existing inequality worse, and holding back the realisation of women's human rights.

Nowhere in the world are women economically equal to men. ActionAid has calculated that women in developing countries could be a staggering $9tn better off if their pay and access to paid work were equal to that of men. Globally this inequality tag is $17tn and would be even higher, if our calculations took into account standards of living wage.

Moreover, women continue to carry a disproportionate burden of unpaid care work, including housework, water and firewood collection, caring for people such as children or elderly. It is estimated that as much as 75% of the worlds’ unpaid care work is performed by women, bearing huge impact on their chances to access education, get a decent job, or actively participate in public life.

Not least, violence against women is a global scandal, with one in three women experiencing some form of violence throughout the lifetime. ActionAid estimates that over half a million women will die as a result of domestic violence by 2030.

Taxes are the key building blocks of societies. They are a tool that governments could use to create conditions for equality, including transforming gender discrimination. But they do not exist in the vacuum! Like all other aspects of economic policy, they have different biases and effects, including on women and men.

For example: tax pays for vast areas of public services such as schools, hospitals, refuges for survivors of violence, and child or elderly care. Women and girls, and especially those living in poverty, depend on these services more than men do because of their traditional gender roles as care givers, and because they suffer from gender discrimination.

Yet the way the international tax system works means that many big companies are not paying their fair share, often having negotiated tax holidays and or/weak labour regulations for their investments in poorer countries. International Monetary Fund estimates that developing countries may lose $200bn a year to corporate tax avoidance, which is more than they receive in aid.

These women and girls will pick up the slack: either as exploited workers in the lowest value chains of international corporations, or by subsidising for public services, which governments’ empty pockets fail to provide. Globally, it is estimated that women provide between 70% and 90% of care to people living with HIV/AIDS. And the recent study by LANCET showed that out of their $3tn contribution to global healthcare, half of is being unpaid and unrecognised.

Another vital issue is that implicit biases against women are often reflected in indirect taxation such as Value Added Tax (VAT). For women, VAT can be especially expensive due to their gendered responsibility to provide basic products for the households. Therefore, in South Africa the women’s groups lobbied to remove VAT on paraffin for cooking, while in the UK and Kenya they mobilised against charging VAT on sanitary towels and tampons.

It’s time for the tax system to work for women’s rights!

Too often governments claim there isn’t enough money. But reforms in tax policy could help raise the revenues countries so urgently need to finance public services and eventually reduce inequality, including gender inequality between women and men.

The tax on banks advocated by Robin Hood Tax Campaign would raise billions to reduce poverty and is an important part of much needed reform. But what we ultimately need is just and democratic global tax system which is reducing - and not deepening - exiting inequalities, with multinational companies and wealthy individuals paying their fair share.

Along with economic justice activists, feminists and women’s rights groups have been calling for such change for decades. It is fundamental that their voices and demands are finally heard, and that tax system respond to specific needs of women and girls.

Help us to finance the fight against gender inequality:

Previous : Robin's a vote-winner Stateside
Next : How the Panama Papers can help us clean up the banks