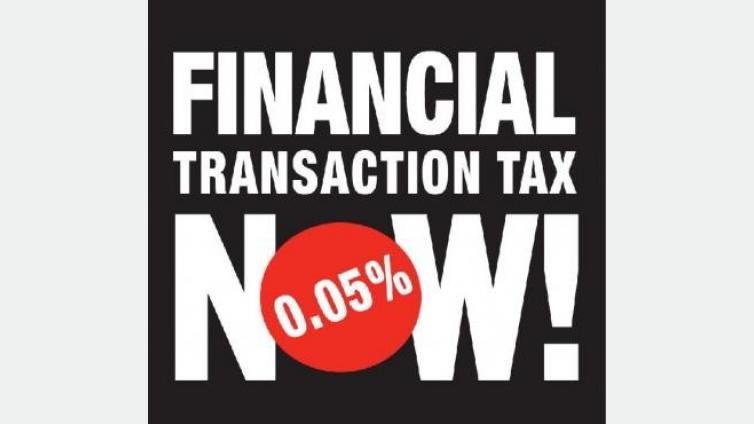 You’ll hopefully have noticed that the campaign for financial transaction taxes (FTT) has stepped up a gear. Those in the know regard 2011 as something of a critical year. The FTT Global Day of Action which took place on February 17th marked the start of a number of campaigning actions and activities that will take place throughout the year.

Thanks to grassroots campaigns like the Robin Hood Tax, and sister campaigns that are taking off across Europe and the rest of the world, the issue of FTT is definitely on the agenda and it isn’t going away.

Whilst continuing to push for FTT at global level, campaigners are currently focusing on the European Union and calling for the introduction of an EU level FTT which could act as an impetus to a broader global agreement. Pro-

FTT France is leading the G20 and even a reluctant European Commission is being forced to consult on the advantages and disadvantages of introducing such a tax.

One of the first challenges of the year is to ensure the European Parliament – which has previously endorsed the idea of an EU level FTT – maintains this line. In a resolution adopted in October 2010 MEPs called for the introduction of a FTT that was as:

“…broadly based as possible or, failing that, that the financial transaction tax should be introduced as a first step at EU level.”

So no one could blame Greek Socialists and Democrats (S&D) MEP Anni Podimata for thinking she was on safe ground when she included a similar demand in her non-legislative report on Innovative financing at global and European level. However, when the European Parliament’s Employment Committee voted on her draft report in early February, a number of MEPs provided a timely reminder that we underestimate liberal-conservative coalitions at our peril.

Ignoring the political compromise reached among the political groups (and the position of their group leaders), an alliance of 21 MEPs from the Alliance and Liberal Democrats for Europe, the European People’s Party (centre-right) and the UK Conservatives managed to ensure – albeit by a whisker – that the crucial sentence endorsing the call for an EU level FTT was omitted from the adopted report.

All is not lost, however, as Socialist MEPs will reintroduce the proposal for an EU level FTT before the European Parliament’s plenary vote on the report on Tuesday, March 8th. Trade unions and other civil society organisations across Europe are mobilising their members and supporters to ensure that MEPs are left in no doubt that we want an FTT!

European citizens have had enough of being force-fed the austerity and cuts diet, while bankers and speculators continue to feast at the table of mega bonuses and platinum pay packets.

Want to show support? With one click all MEPs from a selected country will be sent a short message asking them to support an EU level FTT. Too small to fail? It’s up to all of us. Act now>>

Thanks to Sarah King, TUC Brussels officer for this blog. First posted on Left Forward Foot.

Read letter from MEPs in Guardian >>